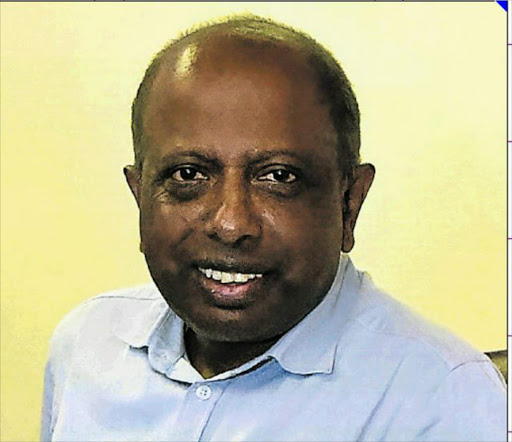 Makana Municipality’s “Mr Fixit” Ted Pillay says the troubled local authority – with its collapsing infrastructure and massive debt – could only be revived through wholesale recapitalisation.

The Catch-22 is that provincial and national government would not provide the funds to any municipality without a plan to prove it could be sustainable.

Pillay, who has been seconded from the Sarah Baartman District Municipality to head up Makana for three months, intends putting together a turnaround plan for the blundering and broke municipality to get back on its feet. Without a plan showing a path to sustainability, government would refuse to pump much-needed funds into the black hole that Makana Municipality has become.

Pillay this week spelt out to ratepayers the enormity of the task he faces.

The municipality’s infrastructure is decrepit, it owes over R200-million to creditors, its revenue collection is appalling, its controls are non-existent, and it has a bloated staff complement which was simultaneously lacking in urgently needed skills.

The municipality was also just 130 days away from “day zero” when it is expected to run out of water.

One of Pillay’s most damning revelations included that only one director out of all of the municipality’s top-level management staff actually lived in the decrepit municipality that they serve.

He said he was insisting that at least one senior Makana manager was on duty within the boundaries of the municipality every weekend to deal with urgent matters.

He would prioritise issues surrounding, water, sanitation, roads, refuse collection and electricity. He described the sanitation issue in Grahamstown in particular as “really frightening”.

The treatment works were decaying and would require a “couple of hundred million” to upgrade. There were also massive blockages in the system leading to raw sewage leaking out into streets next to residential areas and schools. He said he had acquired a hydro-blast machine to begin clearing the blockages.

He said disease was inevitable when you had a situation where children were playing in the township next to raw sewage.

“I hope never to have to see that again.”

Refuse collection was also vital as failure to properly deal with it had led to massive informal and unsightly dumping sites all over the city.

On the financial side, he confirmed that the municipality was “not liquid”. Its revenue was well below its expenses and failure to pay creditors had led to them refusing to supply the municipality with goods or services.

It owed over R200-million to the likes of Eskom, Amatola Water, the Auditor-General and the SA Local Government Association (Salga).

To meet payment plans, the municipality was dipping into its equitable share.

He said the municipality was under-billing and under-collecting revenue and was owed some R400-million. The under-billing was exacerbated by meters being bypassed or meters that did not work.