Angie under fire as girl, 5, dies in school pit latrine 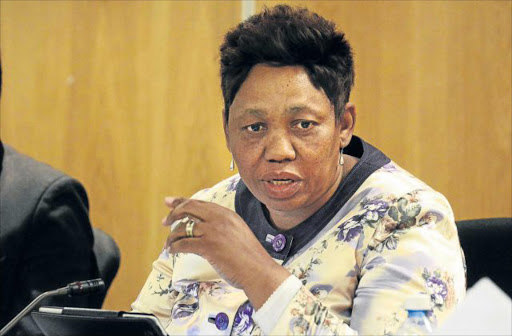 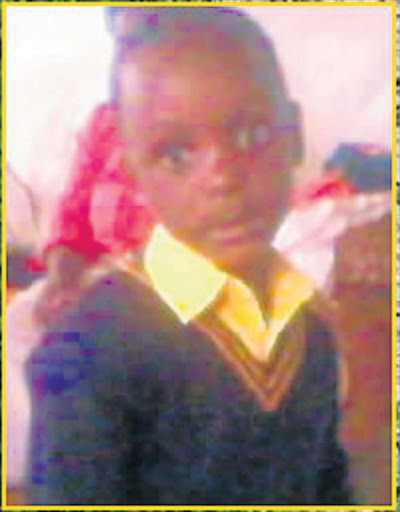 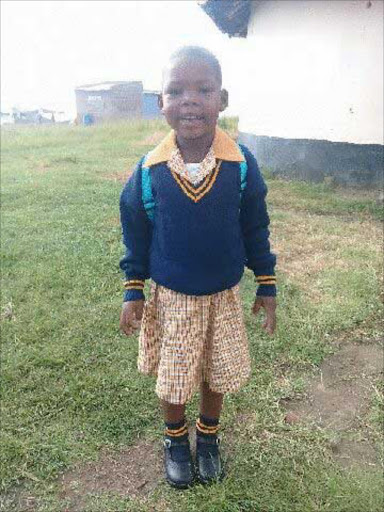 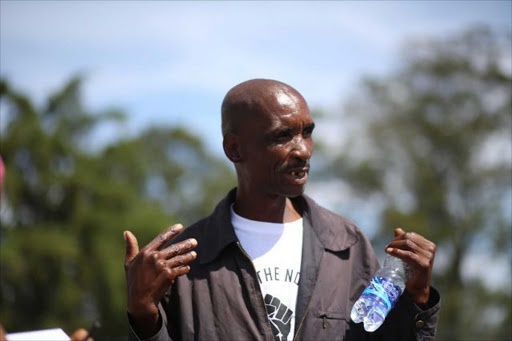 Little Lumka Mkhethwa, 5, of Bizana died in the broken pit latrine of her school on Monday.

Her death comes as James Komape – the father of another five-year-old who died the same way in Limpopo – protests outside the Bhisho High Court alongside a giant effigy of Basic Education (DBE) Minister Angie Motshekga.

In court, education activist group Equal Education (EE) is squaring up against Motshekga in an attempt to force-fix school infrastructure.

Komape said he hoped the DBE would do better by Lumka’s family than it had by his.

“It’s been four years since Michael died and we are yet to get an apology,” said the grieving dad, visibly saddened by the new death.

Motshekga said yesterday: “The death of a child in such an undignified manner is completely unacceptable, and incredibly disturbing.

“I would like to send my sincere condolences to the family of our Lumka Mkhethwa, who passed away tragically. I cannot begin to know the trauma the parents are experiencing.”

Lumka was found in the pit in the ablution block at Luna Junior School on Tuesday after she went missing on Monday. The school is at Nyaka village in Mizize administration area in Mbizana municipality.

Speaking outside court, the deputy director at EE’s law centre, Daniel Linde, said the fresh tragedy was another example of why the school crisis was so urgent. “It was waiting to happen,” he said.

NGO Section 27’s head of education Faranaaz Veriava said: “Incidents like these were one of the reasons the country needs proper, binding infrastructure norms and standards.”

“We want to know why a five-year-old was made to go alone to the toilet. Children this age are normally accompanied,” said Mhlanga.

In the legal case heard over the past two days, EE wants the court to compel Motshekga to meet the targets the state set itself to fix schools by tightening the relevant law.

The court is expected to deliver its ruling by the end of May.

Lumka’s father, Vuyani Mkhethwa, said the family was not coping.

“We do not understand how this happened. We were under the impression that children are escorted to the toilet, especially at that age.

“We have serious questions about the responsibility of the teachers but we have received a visit from department officials, who have promised to investigate. We will decide our course of action after that.”

Mkhethwa last saw his daughter on Monday morning as she was leaving for school.

He said her teacher told him she was last seen at 1pm just before school ended at 1.30pm.

He described Lumka as a happy child who enjoyed playing with other children and was excited about having finally started school this year.

“We are heartbroken because we send our children to school thinking they will be safe.

“Although we do not know the details of how this tragedy happened, from how she was found it does not look like she was using the toilet because she still had her underwear on.

“From the position of her legs it leaves us with the fear that she may have been pushed.”

CPF member Aaron Mathumbu said they searched through the night and found the little body on Tuesday.

“The pupils first discovered a pile of clothes near the toilets but they did not belong to the missing child.

“Then some of the pupils called saying there was a shadow in one of the toilets. That is when we made the gruesome discovery and called the police,” said Mathumbu.

She said investigators did not yet suspect foul play and the child was still wearing her school uniform. An inquest docket had been opened.

The traditional leader of the area, Nkosikazi Sibongile Mzize of the Mzize Traditional Council at Mzize village, expressed shock saying that she knew the child personally.

“I cannot comprehend that the girl I know died this way. My heart goes out to the bereaved family and the school.”

“Last year, the Department of Basic Education once more failed to spend the schools infrastructure backlogs grant for the Eastern Cape.