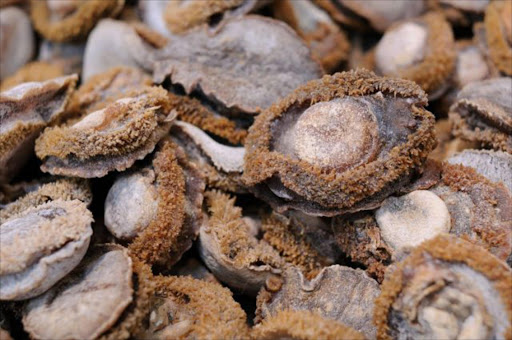 Abalone
A tug-of-war over three tons of poached perlemoen has exposed claims of crippling corruption in the fight against organised crime.

A “top-secret” police crime intelligence document seen by Times Select recounts how an undercover operation aimed at the kingpins of an international abalone poaching network was allegedly derailed by the government official in charge of thwarting poaching and smuggling.

But sources in the official's marine enforcement unit at the Department of Agriculture‚ Forestry and Fisheries (Daff) responded with counter-claims this week. They said the undercover operation‚ which involved abalone being taken from Daff stores‚ was in fact a plot by corrupt police and department officials to steal the threatened mollusc.

Thousands of tons of poached abalone are registered as legally imported goods each year in Hong Kong‚ where a “catty” (equivalent to 605 grams) can fetch as much as R5‚800.