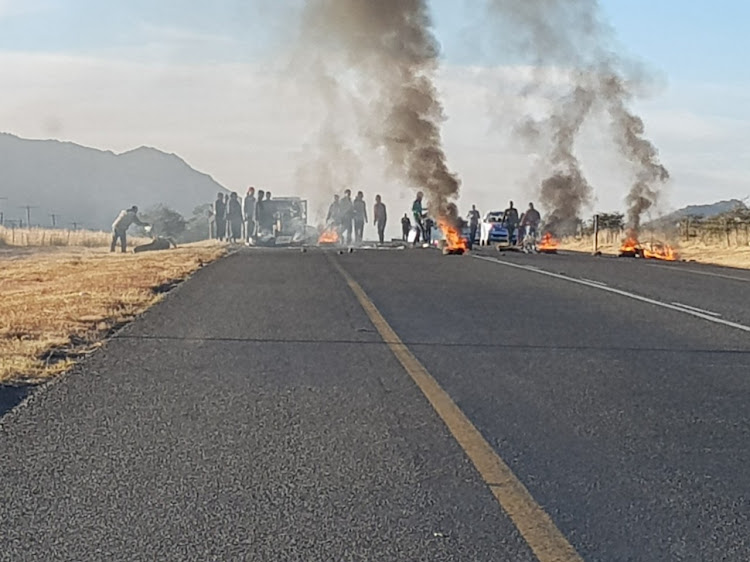 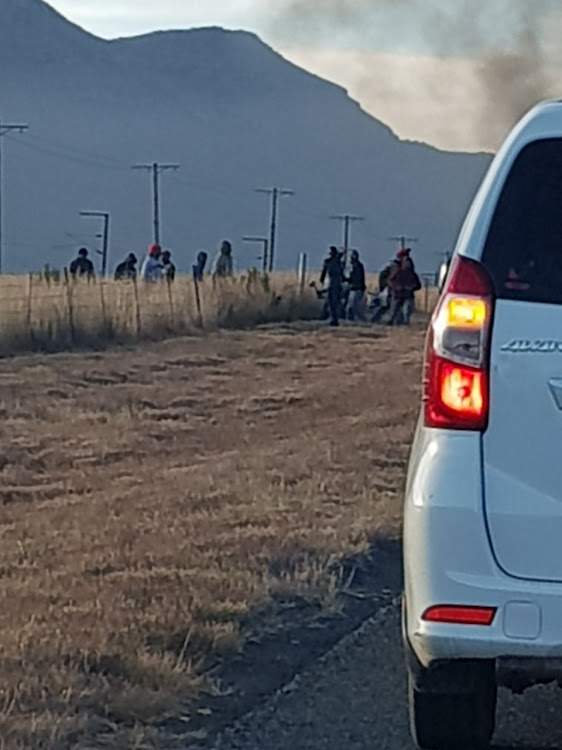 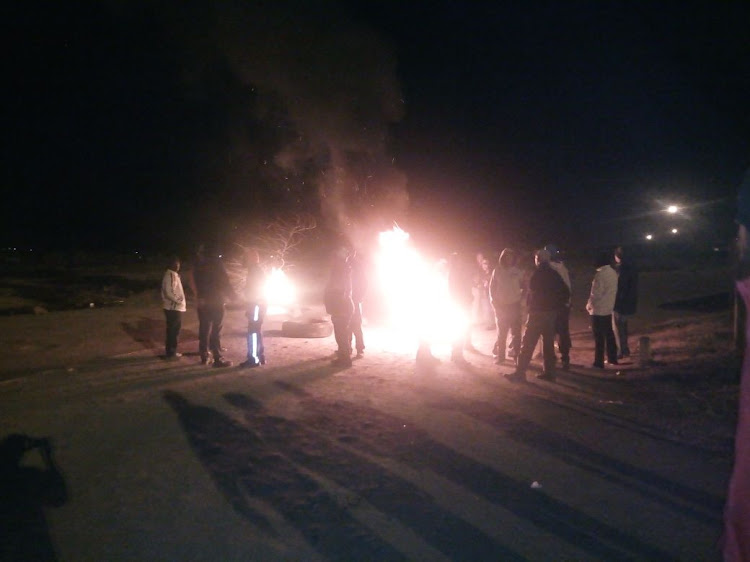 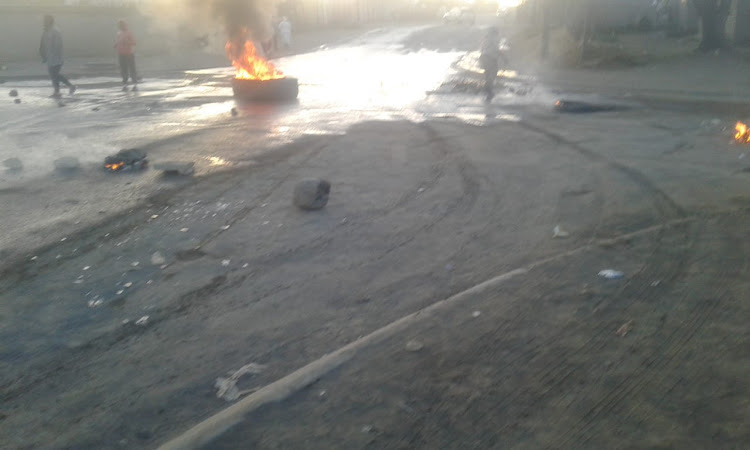 The streets of Ezibeleni and Mlungisi in Komani were on fire from early this morning as unrest over a lack of service delivery by an embattled Enoch Mgijima Local Municipality (EMLM) in the Eastern Cape reached boiling point.

The municipality oversees the towns of Komani‚ Tarkastad‚ Sterkstroom‚ Molteno‚ Hofmeyr and Whittlesea and is the product of an amalgamation of the former municipalities of Lukhanji‚ Nkwanca and Tsolwana after the local government elections in 2016.

Police used rubber bullets to disperse a crowd of protesters at the access road to Ezibeleni shortly after 11am after protesters allegedly threatened to burn the vehicles of people trying to access or exit the area. A taxi driver pulled out a firearm after he was confronted by protesters.

In nearby Mlungisi‚ tyres were set alight in the streets as a thick pall of smoke hung over the town.

The police have since confirmed that the R67 between Komani and Whittlesea has been closed by protesters while the road to Ilinge is also closed.

Calls for the provincial government to place EMLM under administration have been made since last year.

The municipal area is facing the possibility of power cuts due to unpaid debt of over R40-million to Eskom.

Earlier this month‚ municipal assets including fire brigade vehicles and refuse trucks were auctioned due to debt of over R21-million owed to a contractor after the construction of a R21-million community hall in Sterkstroom in 2012.

On June 12‚ the Grahamstown High Court rejected EMLM’s subsequent application to rescind a judgment requiring the payment of the money with costs. The sheriff in Komani has since written up a further – and extensive – list of more EMLM assets to be auctioned‚ set to cripple further service delivery in the area.

Residents have refused to stop the protest action until the area is visited by a provincial government delegation.

The latest protest action follows a peaceful march of about 800 people through the Komani CBD last Wednesday with calls for provincial administration of the area.

The DA last week called on the EMLM troika to call an urgent special council meeting to discuss the imminent sale of further municipal assets. The DA‚ the EFF caucus in the EMLM‚ and the United Front in the Chris Hani region have all called for provincial administration of EMLM.

EMLM executive mayor Sisisi Tolashe has indicated that the municipality was doing all it could to attend to the problems‚ but that it required money which the local government structure did not have.