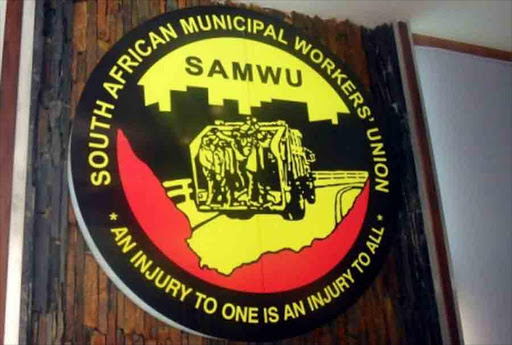 Enoch Mgijima municipality was brought to a standstill by union members who chased an administrator out of office.

The action by the municipal workers’ union comes as Enoch Mgijima prepares to go to court to fight a decision by Bhisho to place the Komani-based municipality under administration.

Mlokoti on Thursday said the disruption by the union came after he had a fruitful meeting with the management.

“The meeting started with the executive mayor introducing me to the management, and everyone cooperated except the municipal manager, Chris Magwangqana, who said he does not feel comfortable sitting in the meeting.”

Mlokoti said the leaders said they submitted a petition to the office of the cooperative governance and traditional affairs MEC Fikile Xasa, saying they do not want an administrator.

Samwu secretary Thabo Ngwane was unavailable to comment at the time of writing on Thursday.

Meanwhile, Enoch Mgijima has taken premier Phumulo Masualle and his cabinet to the high court.

The decision to invoke section 139 (1) (b) of the Constitution was taken at a cabinet meeting on August 1, and this gives the provincial executive the authority to take whatever steps it deems necessary to help an ailing municipality, including dissolving the municipality’s council.

The municipality wants the court to suspend the decision of the executive cabinet pending the court application.

Masualle is the first respondent while the local government and traditional affairs department is the second respondent. The Eastern Cape executive council is the third respondent.

Provincial government spokesperson Sonwabo Mbananga confirmed that the office of the premier had received the court documents.

The matter between the municipality and the provincial government will be heard at the Grahamstown High Court on Wednesday, September 27.