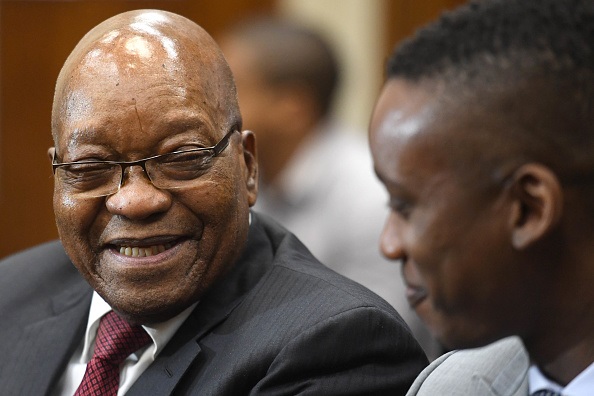 Zuma’s lawyers have yet to formally respond to that request.
Image: Deaan Vivier/Foto24/Gallo Images/Getty Images

The state capture inquiry’s legal team has openly slammed former president Jacob Zuma for not providing any answers to the evidence against him contained in former public enterprises minister Barbara Hogan’s affidavits.

Inquiry advocate Thandi Norman was responding to complaints by Zuma’s attorney Daniel Mantsha about the way in which Hogan’s affidavits were provided to Zuma's legal team.

Zuma’s lawyers have yet to formally respond to that request.

Mantsha declined on Wednesday to comment on Zuma’s response to Norman’s argument that he “provide a version” on Hogan’s testimony. “I have no instructions on that‚” he said.

Mantsha had addressed the inquiry after Norman successfully applied for the postponement of current and former public enterprises ministers Pravin Gordhan and Hogan.

Following the application‚ deputy chief justice Raymond Zondo postponed the hearing to November 12 for Hogan’s testimony and November 15 for Gordhan. This to allow for their statements to be provided to those they implicated and for implicated parties to have time to consider to cross-examine these witnesses.

“In the circumstances‚ it seems appropriate to me that there should be an adjournment‚” Zondo said.

Hogan then filed a second statement on Monday‚ while Gordhan has only filed a draft statement by email. Under the rules of the Zondo Commission‚ anyone implicated in these statements needs to be provided with them and given two weeks to indicate whether they will seek to cross-examine.

Mantsha questioned why Zuma’s lawyers had not been provided with Hogan’s latest statement‚ which has been described as an expanded version of her first statement and fills a full lever arch file.

He asked what the status of this statement was and questioned the fairness of the former president being asked to respond to multiple statements from the same witness.

The commission previously led the evidence of then-finance minister Nhlanhla Nene‚ despite his statement not being provided to those he implicated. At the conclusion of Nene’s testimony‚ the inquiry’s legal team indicated that they would furnish the people implicated by him with his statement‚ and they would be given the chance to seek to cross-examine him.