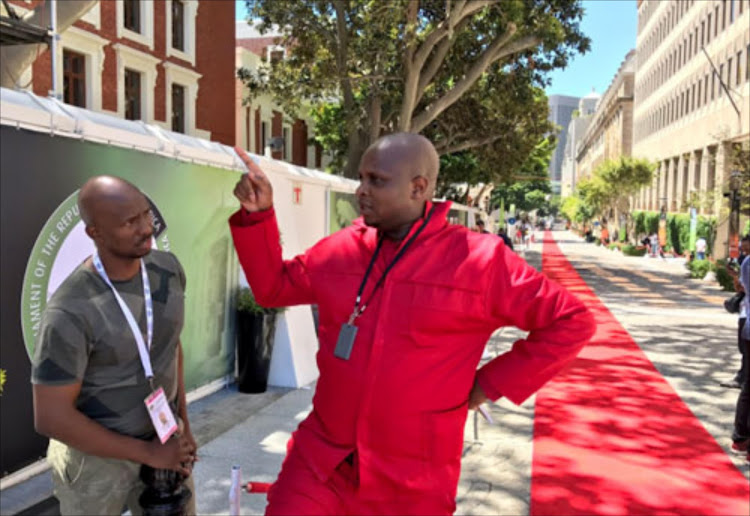 Parliament is turning the screws on EFF deputy president Floyd Shivambu for roughing up a journalist on its premises earlier this year.

The joint committee on ethics and members’ interests has summonsed Adrian de Kock to testify on November 14 before a panel probing the incident. TimesLIVE has seen the letter signed by Omie Singh‚ the co-chairperson of the committee.

Shivambu was filmed in March roughing up De Kock‚ who was waiting with other journalists outside a building where Cape Town mayor Patricia de Lille’s DA disciplinary hearing was taking place.When De Kock saw Shivambu stepping out of a black Mercedes-Benz‚ he took pictures of him and tried to get comment from him about the De Lille inquiry.

Shivambu demanded that De Kock delete the pictures because he had not given him permission for them to be taken.

Shivambu left De Kock when other journalists approached‚ and issued a state afterwards apologising for the incident. De Kock laid criminal charges against Shivambu‚ which are still pending.

“You are notified that you are required as a witness at the a hearing of the joint committee on ethics and members’ interests in the matter between yourself and Hon Floyd Shivambu‚ MP of the Economic Freedom Fighters (EFF)‚” the letter from the committee reads.

“The purpose of the hearing is to establish the facts regarding allegations that you were physically assaulted‚ attacked and/or mishandled by Hon Floyd Shivambu‚ MP of the EFF‚ within the parliamentary precinct. The alleged incident took place on 20 March 2018.”

De Kock confirmed on Tuesday that he had received the letter.