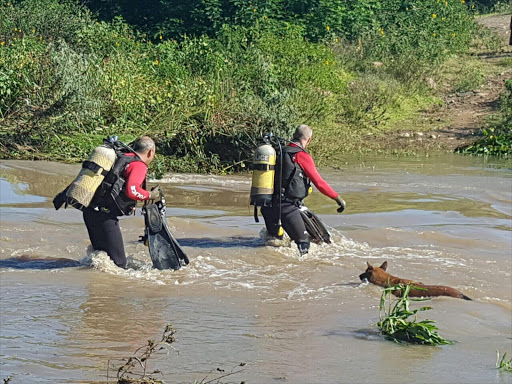 Police divers have recovered all six bodies of children who drowned in Mount Fletcher.
Image: SUPPLIED

Police have recovered the body of an eight-year-old boy who was swept away by a river in Mount Fletcher in the Eastern Cape last week.

He was the last of six children whose bodies were recovered after they were swept away while crossing the Freyistata River after school.

The army has been ordered in after six Matatiele children were swept to their deaths in a flash flood on Wednesday.
News
3 years ago

On Thursday last week, police search and rescue teams recovered the bodies of a girl and three boys, aged between six and eight. The body of a six-year-old boy was recovered late on Saturday afternoon.

All the children were from the same area.

The search and rescue operation was suspended to allow the water to subside.

Tonjeni confirmed that the last body was recovered on Monday. "The police extend a word of gratitude and appreciation for the support received from the community throughout this ordeal," he said.