Appeal for help from public to find lost flamingo’s flock 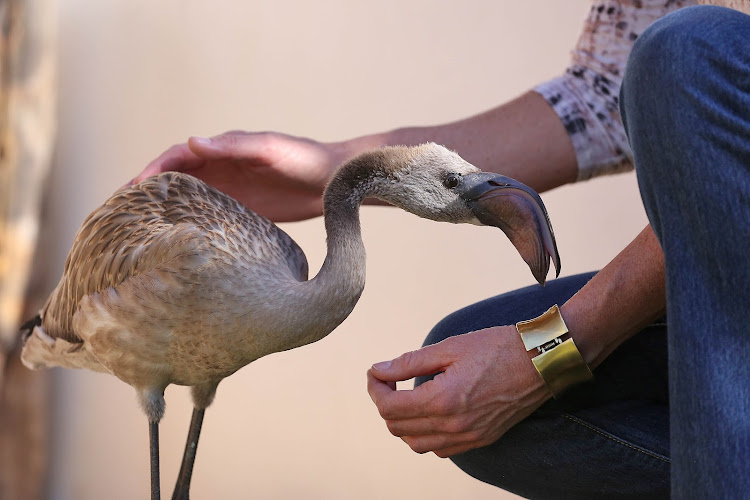 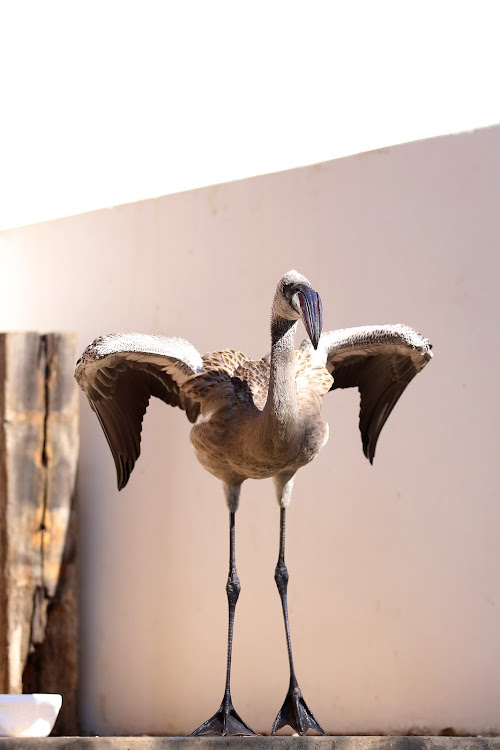 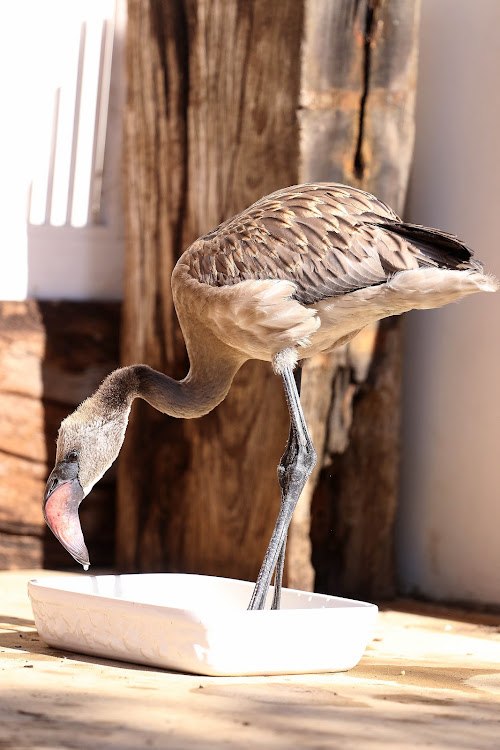 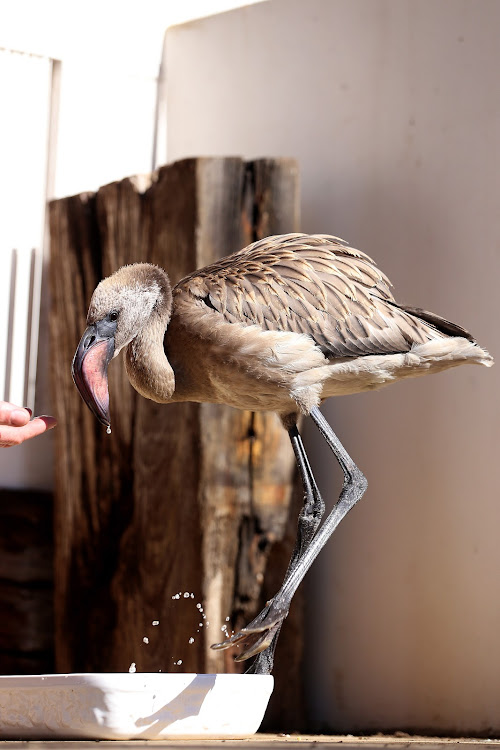 A flamingo chick was brought in to the East London Aquarium by a member of the public who found it on their property in Kwelera.

It was identified as a lesser flamingo by Pan-African Association of Zoos and Aquaria (PAAZA) executive director John Werth, who has been involved in the Lesser Flamingo Rescue Project.

“It is still too young to fly so has definitely been brought into the region by people and has not strayed from any breeding group of birds. It is in relatively good condition and just required a bit of TLC and feeding,” Werth said.

“It is a filter feeder so requires a specialised diet and, as it is a flocking species, it urgently needs to find its way back to the original group brought in.”

He said according to a national survey carried out to locate possible wild colonies as options for release of rescued chicks, there were no potential sites in the Eastern Cape.

“There is also only one breeding colony in South Africa which is Kamfers dam in Kimberley in the Northern Cape.

“We are only just seeing the other juveniles starting to really exercise their wings around Kamfers dam, so this juvenile was definitely not a ‘fly-in’.”

BCM acting senior manager: marine and zoological Siani Tinley appealed to the public to let the aquarium know if they had seen or were aware of any other lesser flamingos in the area, so that they could return the chick to its flock.

She said that Friends of the East London Aquarium (Fela) were funding the chick’s rehabilitation through their Ocean Life Line Project, which raises funds for the rescue and release of animals.