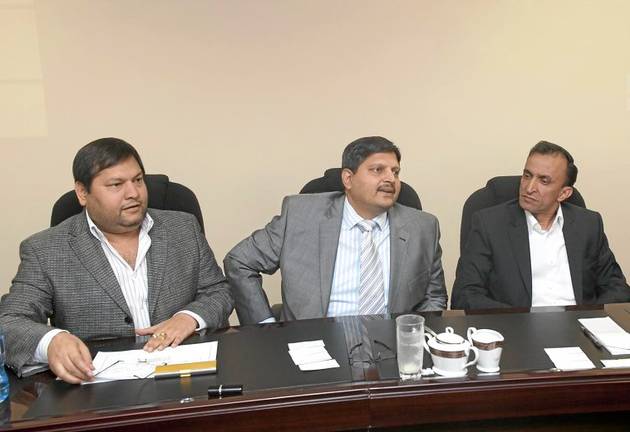 The Guptas' media business is back in the spotlight at the state capture inquiry.
Image: MARTIN RHODES

Malusi Gigaba allegedly ordered that Eskom enter into a sponsorship and advertising agreement with the Gupta-owned newspaper The New Age (TNA), after managers at the power utility refused to do so.

Gigaba, who was public enterprises minister when Eskom entered into a sponsorship and advertising agreement with TNA in 2011, is said to have used his influence to intervene in souring contractual negotiations between Eskom's marketing division and associates of the Gupta family.

Pieter Pretorius, Eskom's acting general manager of strategic marketing and branding, told the state capture inquiry on Tuesday that he refused to do business with the Gupta family's TNA media outlet because they were not accredited with the Audit Bureau of Circulations (ABC), a body that certifies and audits the circulations of major publications.

He says he was then told by his bosses to comply and "close the deal". This instruction was allegedly passed down by Gigaba.

Your electricity bill will double in two years, says expert

Should Eskom win a court battle against the National Energy Regulator of SA (Nersa), South Africans face the prospect of paying double within two ...
News
2 years ago

The former minister, in his responding affidavit to the commission, denied doing so, saying this would have amounted to interference in the business of Eskom.

The commission has now turned its focus on to how Eskom and Transnet entered into advertising contracts with TNA.

According to Kate Hofmeyr, who is leading evidence for the commission on this topic, Eskom forked out R59.6m between 2011 and 2017 to TNA for advertising and sponsorships. In the same period, she said, Transnet spent a whopping R147m.

According to Pretorius, Eskom has a policy that the utility may not deal with publications that are not audited by the ABC. He said provisions could be made for start-ups, but in that case Eskom would not enter into long-term agreements or allocate a lot of money to that publication.

Roux's e-mail was forwarded by Choeu to Pretorius with an instruction to conduct a meeting.

Former Free State Agricultural department head Peter Thabethe had little to no answers for evidence leaders at the state capture inquiry when he was ...
News
2 years ago

In the meeting, which Pretorius attended, TNA's sponsorship proposal was discussed.

"It was a proposal that we had looked at for the TNA breakfasts they wanted Eskom to sponsor. The proposal included a breakfast at one of the hotels in the city with SABC's Morning Live programme being broadcast live from the venue for an additional hour.

"TNA then sold tickets to the event. According to TNA, they would also then promote the business breakfasts through their newspaper and SABC would also promote it on radio," said Pretorius.

"It was proposed that Eskom would sponsor the breakfast for R1m per breakfast.

"My position was that, 'No, we will not take you up on your offer.' But I did say, 'Because you are a new entrant, we will give some advertising to The New Age.' We didn’t commit to anything."

Pretorius said not long after that meeting, he was instructed to comply with TNA's proposal.

"Later, there was an instruction that we will enter into an agreement with TNA," he said.

He said Cheou told him that then Eskom chief executive Brian Dames said the instruction had come directly from Gigaba.

Cheou is said to have instructed Pretorius to meet Roux to "close the deal".