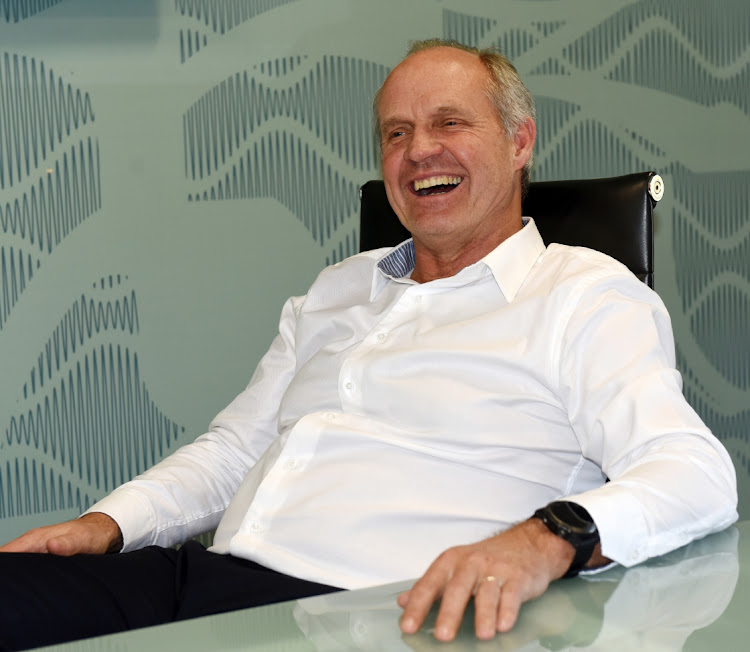 Capitec and its CEO Gerrie Fourie (pictured above) are the big winners at the 2019 Sunday Times Top 100 Companies Awards, in partnership with BCX.
Image: Freddy Mavunda

Capitec Bank has, for the second year running, been announced as the Sunday Times Top 100 Company of the Year, based on its share performance on the Johannesburg Stock Exchange (JSE) over the past five years.

Capitec CEO Gerrie Fourie was also celebrated as Business Leader of the Year at the 2019 Sunday Times Top 100 Companies Awards gala dinner, which was held at The Empire Venue in Parktown.

Author and entrepreneur GG Alcock delivered the keynote address, with Bruce Whitfield as the master of ceremonies.

The Sunday Times Top 100 Companies, in partnership with BCX, is one of the most prestigious and highly anticipated events on the SA business calendar, where industry leaders come together to celebrate the JSE-listed companies that have delivered the highest returns for their shareholders - based on an initial investment of R10,000 - during the period starting September 1 2014 to the end of August 2019.

To qualify, companies are also required to hold a minimum market capitalisation of R5bn at August 31 2019.

All Sunday Times Top 100 Companies results were verified by Deloitte.

Capitec Bank CEO Gerrie Fourie was the recipient of the 2019 Business Leader of the Year Award, as decided by the CEOs of Sunday Times Top 100 Companies from previous years. Fourie joins an elite list of former recipients including Lesetja Kganyago, Pravin Gordhan, Johan van Zyl, Michael Jordaan and Phuthuma Nhleko, among others.

“It is the ultimate accolade to be selected by one’s peers for such a prestigious award, and Gerrie Fourie is very deserving. His commitment to the Capitec brand is only surpassed by his determination to accelerate growth in SA and to stimulate employment opportunities. We’re proud to recognise him for his grit and determination, and the leadership he provides,” says Sunday Times editor Bongani Siqoko.

Old Mutual was announced as the overall winner in the corporate category.

Mercedes-Benz was the exclusive vehicle sponsor, with Rupert & Rothschild as the pouring sponsor for the awards.