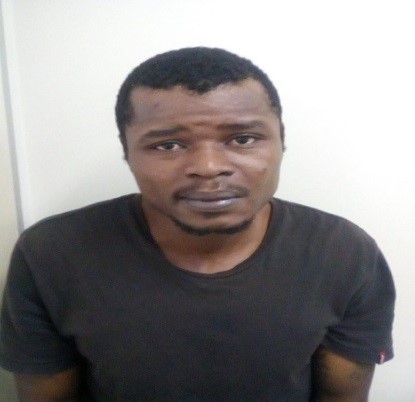 The Scottburgh high court on Thursday also sentenced Ngcobo to an additional 146 years imprisonment for charges that included murder, rape, attempted murder, armed robbery, plus possession of an unlicensed firearm and ammunition.

In 2017, Ngcobo was arrested by Mehlomnyama detectives for double murder and rape. The case was presented to the director of public prosecutions (DPP), but the state prosecutor then declined to prosecute and opted to hold an inquest.

A year later in 2018, Ngcobo was arrested again on an armed robbery charge. His legal team attempted to have the charges withdrawn based on a technicality, however the local magistrate’s court refused and offered the investigating team three days to collect evidence for a bail application.

In 1995 a serial killer prowled the streets of Pinetown, KwaZulu-Natal. He would take the lives of two teenage girls and leave two other young women ...
News
2 years ago

“It was established that Ngcobo was in fact a serial killer and rapist and was linked to 22 cases of murder, attempted murder, rape, armed robbery and housebreaking through DNA in Mehlomnyama, Port Shepstone, Southport and Benoni,” said Hawks spokesperson Capt Simphiwe Mhlongo.

His bail application was successfully opposed and he was remanded in custody until his conviction and sentencing on Thursday on 19 of the 22 charges preferred against him.

The national head of the Directorate for Priority Crime Investigation (DPCI), Lt-Gen Godfrey Lebeya, welcomed the sentence and also praised the “fruitful collaborative effort” between the DPCI, SAPS investigators, the prosecution and the courts.

“It is disappointing that individuals have no respect for other people’s lives. I am satisfied that the accused has been sentenced for a long period of time. The people shall in his absence be safe. The work of the investigation and prosecution team is commendable,” said Lebeya.