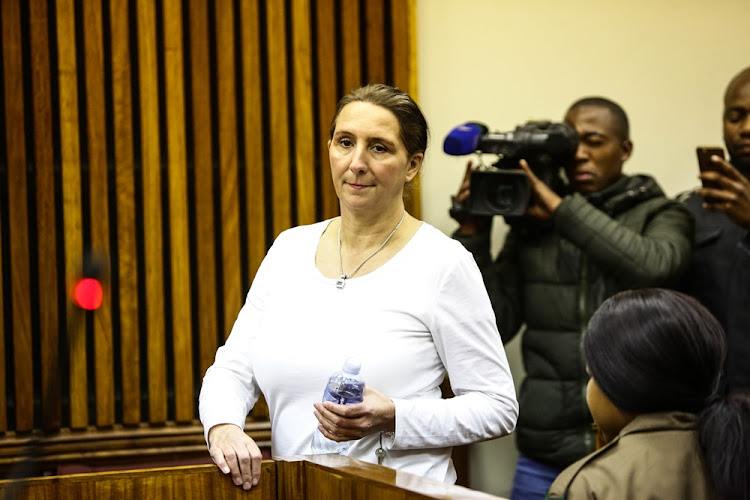 Convicted racist Vicki Momberg is suing the police and justice ministers, the National Director of Public Prosecutions (NDPP) and provincial and national top cops for R8.5m for unlawful arrest and detention.

Momberg’s lawyer, Anesh Sukdeo, told TimesLIVE on Thursday that Momberg intended to sue the departments after claiming her arrest on November 6 2019 was unlawful.

“The police lied and said they had a warrant of arrest against Miss Momberg. What they had instead was an order of apprehension, which is different from a warrant of arrest. When she appeared in court, the magistrate said she did not have jurisdiction over the matter,” said Sukdeo.

Sukdeo said his team had sent a notice to sue to the ministers of justice, the police, and provincial and national police commissioners by e-mail and registered post. The e-mails were sent in December and the post on January 7. The NDPP received the notice only via registered post, he said.

Vicki Momberg released from jail as she qualified for prison remission: Correctional Services

The department of correctional services on Friday confirmed that Vicki Momberg, who found herself in jail after going on a racial rant, hurling ...
News
2 years ago

Sukdeo said Momberg was in Durban. He would not say where she lived exactly and whether she was working.

“She’s dealing with her life. She’s picking up the pieces she left behind.”

Lirandzu Themba, spokesperson for the police department, said they had not yet received correspondence from Momberg’s legal team.

“I’ve just been in touch with our legal team and they said they did not receive anything from Vicki Momberg, let alone her legal team,” said.

Momberg became infamous after a viral video in 2016 showed her using the k-word more than 40 times against police officers and 10111 operators trying to help her after a smash-and-grab incident.

She became the first South African to receive a jail sentence — an effective two years — for the crime.

She was also ordered to pay a R100,000 fine, make a public apology and commit to sensitivity training and community service, in a parallel Equality Court process lodged by the SA Human Rights Commission and one of the police officers she verbally assaulted.

In December, Momberg was released from prison after the special remission of sentence announced by President Cyril Ramaphosa on December 16 2019.