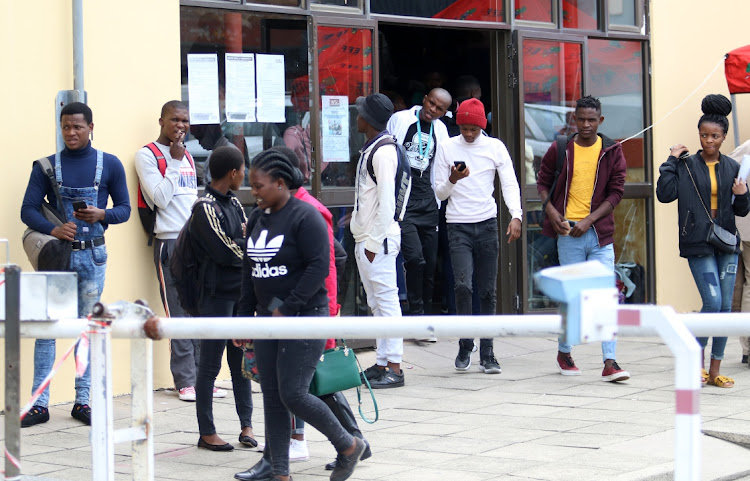 Buffalo City campus premier Sipho Sisani told the Daily Dispatch that all five sites at the campus were shut down.

The sites are Potsdam, College Street, Chiselhurst, Cambridge and Heritage.

“The student leadership made a decision to close down the whole campus until all the issues we have raised with the management are resolved,” he said.

Sisani said the campus would remain closed until vice-chancellor Rob Midgley agreed to meet them.

“We sat a meeting with the management of the whole university, but they told us that they could not take any final decision as the buck stops with the VC,” he said.

University campuses turned violent on Tuesday as students clashed with security guards at the University of Fort Hare and Walter Sisulu University ...
News
1 year ago

Sisani said another meeting had been scheduled with Midgley for Monday, “but again he was not available”.

Sisani accused Midgley of running away “because he is very much aware that they are unable to deal with the mess they have created”.

He described the online registration system which the university had introduced as a “total mess”.

“For example, with first year Internal Auditing students, out of 21 admitted, only four managed to successfully register in a space of three weeks.

“That tells you there is something wrong with this system.”

Sisani said every day they dealt with students who were unable to use the system.

There was another group of  students who were funded by NSFAS, but were unable to register because the university had not cleared their status as students continuing this year.

“Other continuing students are unable to register because they appear as if they are graduating this year.

“But how can someone appear to be graduating if they are not even done with their studies?”

WSU spokesperson Yonela Tukwayo did not respond to queries at the time of writing.

Police were called at the University of Fort Hare’s East London campus and Walter Sisulu University’s Ibika campus in Butterworth after chaos broke ...
News
1 year ago