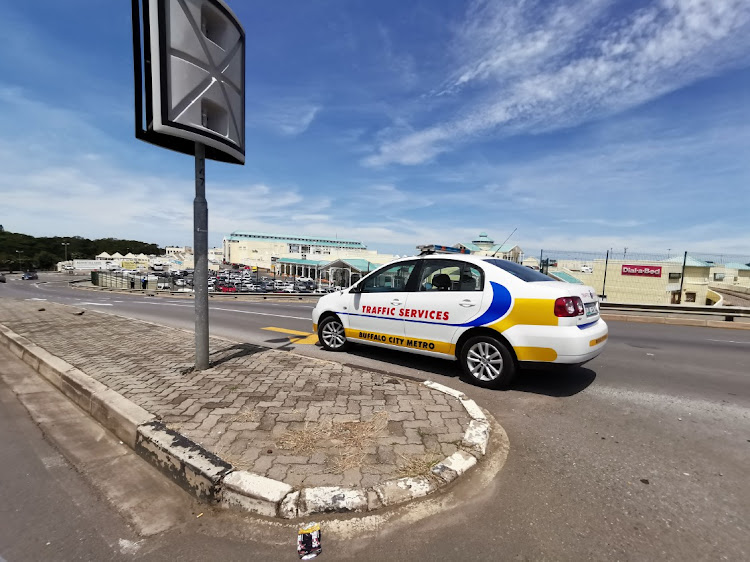 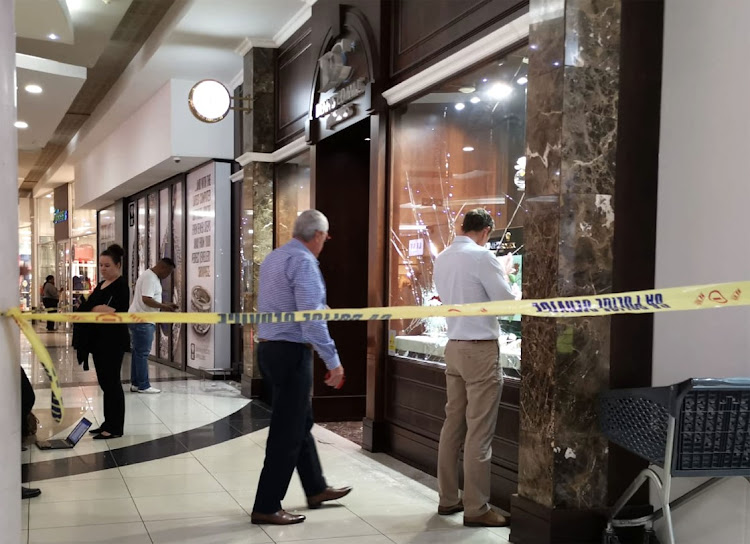 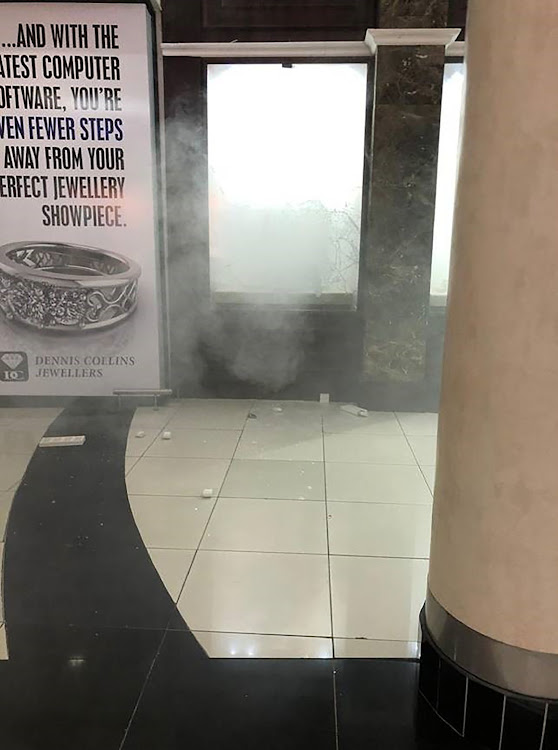 Police have launched a manhunt for armed robbers who hit Dennis Collins jewellers at Hemingways mall and fled with high-end luxury watches and jewellery worth millions of rands.

Collins, who confirmed watches and jewellery were taken, said he would give a full comment on Thursday.

Hemingways general manager Reinett van Tonder said the robbery took place at 11.15am on Wednesday. The heist sent shoppers running in different directions for cover. According to witnesses, one man used an axe to smash the shop's front display window. Two others then loaded the loot into bags. When the DispatchLIVE team arrived at midday, broken glass still lay scattered on the floor.

Van Tonder said the store's lone security guard was overpowered and held at gunpoint. As they fled, the robbers exchanged gunfire with police in the parking lot.

“The SA Police Service reacted to the incident and engaged with the perpetrators on the outside parking perimeter. No arrests have been made at this stage," said Eastern Cape police spokesperson Colonel Sibongile. "The investigation is ongoing and assisted by the mall management and our security advisers."

Soci added: “A manhunt has been launched to track, trace and arrest the suspects involved in a robbery at an East London shopping mall at about 11am. The circumstances surrounding the robbery form part of the investigation.

“It is alleged that upon seeing the police who were patrolling at the mall, the suspects fired shots as they were escaping in their getaway vehicle. The police returned fire, no injuries reported so far."

The vehicle was found 6km from the crime scene by a Red Alert security team. Spokesperson Brett Harvey confirmed that his team found the car abandoned in the bushes near the SPCA in Amalinda.

“The suspects are still at large and we are searching for them with the SAPS. The vehicle they used to get out of the mall was a white VW Caddy.”

Toys R Us employee Zikhona Marinana, who is six months pregnant, said she had just assisted a customer when she noticed the woman running and falling shortly after exiting the shop. “When I checked, I saw guys carrying guns and we just panicked. My baby started kicking hysterically.”

Her colleague, Deidre Peterse, gave her a glass of water and tried to calm her down.

Bongekile Sodawe, a salesperson at Forever New clothing shop opposite Dennis Collins, said: “I heard gunshots and rushed to the door to investigate and saw shoppers racing. [I] saw a guy smashing the glass and two who were putting the things in the bag.”

Soci said the case has been handed over to the provincial organised crime unit. She appealed to anyone with information to contact the investigating officer, W/O Gcobani Maqhubela, on 071-608-1475. Information can also be shared on SAPS Crime Stop 08600-10111, or the nearest police station. She said all information will be treated in strict confidence. Callers may remain anonymous if they wish.

Brazen diamond thieves posing as lovers choosing an engagement ring pulled out guns and cleaned out Browns Jewellers of all its precious gems and ...
News
1 year ago
Next Article