Bill Gates, Trevor Noah, death threats & that vaccine: how it all went wrong 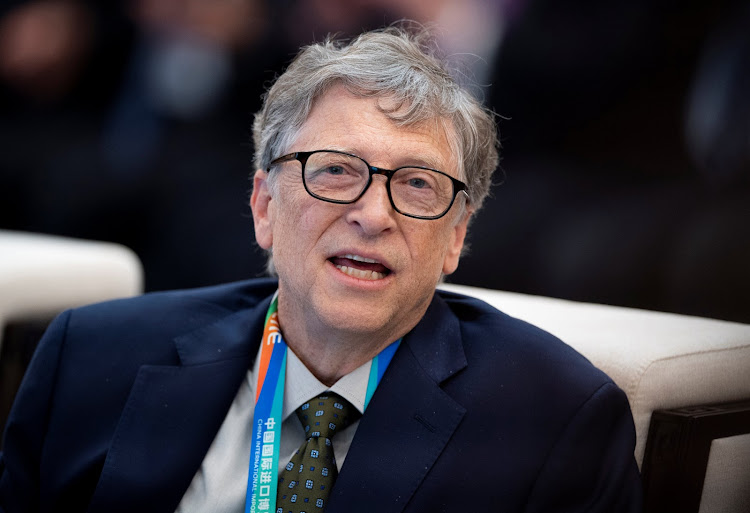 Bill Gates has been slammed but all of the rumours are false.
Image: Matthew Knight/Pool via REUTERS

Conspiracy theories claiming that Bill Gates had proposed to test a Covid-19 “vaccine” in Africa saw the billionaire and philanthropist being slammed at the weekend.

The Microsoft founder, who has been vocal about his pledge to fight the spread of Covid-19, saw his name making the top trends list on social media after it was reported that he said he would be providing the vaccine test and Africa would be the “testing ground”.

The reports were false and Gates has never said Africa would be a “testing ground” for a vaccine.

Here is how it all went wrong:

Comments attributed to French doctor Dr Didier Raoult allegedly claimed that Gates was working on a vaccine for Covid-19 and it would be tested in Africa first.

According to a Medium report, the now-deleted comments were shared on French-speaking groups and pages on Facebook.

A website called EN24.news based in California, US, published a story in which Raoult allegedly called on Africans not to take Gates’ “Covid-19 vaccine”.

According to the publication, the institution said Raoult did not write the widely circulated message about Gates.

South African comedian Trevor Noah interviewed Gates about Covid-19 and his plans to fight the virus on Friday.

President Cyril Ramaphosa posted a clip from the interview with Noah and said the Gates Foundation had offered SA assistance with testing kits and research.

The @GatesFoundation has supported our health needs for many years. They have offered assistance with innovative mass-based testing kits and research. I spoke to @BillGates and he commended the swift and decisive action South Africa has taken on #COVID19. pic.twitter.com/CSfFLYqnzA

News24 and The South African published stories claiming Gates wanted to test the vaccine in SA.

News24 has since removed the story, issued an apology and instituted an investigation into how the story got published.

The Gates fake news garnered attention around the continent.

Many, including former Ivory Coast footballer Didier Drogba, expressed on social media that Africa should not be used as a testing lab in a trial.

It is totally inconceivable we keep on cautioning this.
Africa isn’t a testing lab.
I would like to vividly denounce those demeaning, false and most of all deeply racists words.

Helps us save Africa with the current ongoing Covid 19 and flatten the curve. pic.twitter.com/41GIpXaIYv

Nothing qualifies the university drop out Bill Gates to lead debates on vaccines & medical responses to #covid_19 except that he holds shares in BIG pharmaceutical companies. It’s a FACT that Gates is an under educated computer nerd who dropped out of university to become rich!

According to Noah, the misinformation that was published saw him being bombarded with hate messages including that he was selling out his people.

Now I see why I’ve been getting death threats for interviewing Bill. 😢 https://t.co/3UIeYQi2z0

He slammed a Twitter user on Saturday, asking: “Where in this entire interview do you hear either of us saying a vaccine will be tested in Africa?”

Where in this entire interview do you hear either of us saying a vaccine will be tested in Africa? Are you confusing us with those French doctors or are you just trying to get retweets? https://t.co/eeqEIZWVPx

Noah and Gates had a discussion about Covid-19 testing and accelerating vaccine developments.

Gates also commended Ramaphosa for his commitment to fighting the coronavirus.

Watch the full interview below