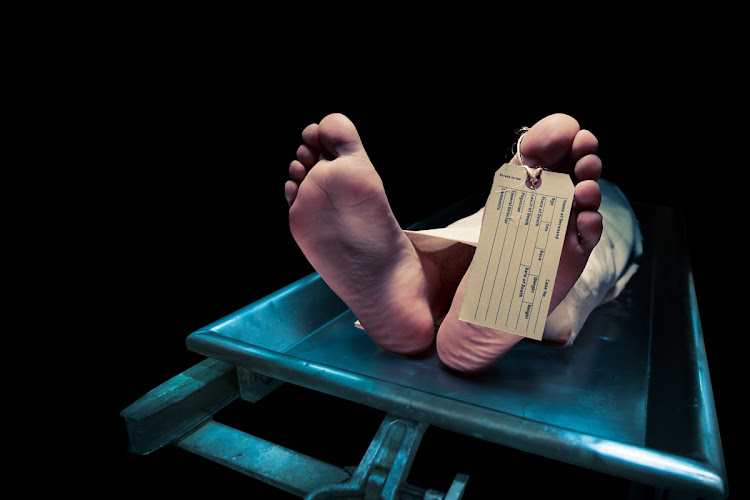 While TB is the leading cause of death for the population as a whole, respiratory and cardiovascular diseases feature alongside flu and pneumonia in the very young.
Image: 123RF/Fernando Gregory Milan

Along with most of the world, SA has become fixated with the daily numbers of people who have died from the Covid-19 virus.

There is renewed interest in recording mortality and causes of death and a comment often heard is that Covid-19 deaths are no higher than the numbers of people who die from strands of seasonal flu.

The World Health Organisation has now also updated its coding system for death certificates to include Covid-19.

Early estimates of deaths from Covid-19 in SA ranged from 95,000 to 240,000, based on the ages of those infected and assuming that between 25 to 50% of the population gets infected, GroundUp reports.

The most recent record of SA deaths is the 2016 mortality report published by Stats SA, based on the death reporting forms completed by medical practitioners or other certifying officials.

They focus mainly on the underlying causes of death, a key component of epidemiology, the study of the spread of health-related conditions or events in a population.

There is a general assumption that most South Africans die in motor vehicle accidents or violent assaults.

Of these, “external causes of accidental injury” resulted in 34,096 deaths, and “transport accidents” caused 6,425 deaths.

And the number of non-natural deaths has remained virtually static, while natural deaths rose substantially between 1997 and 2016.

While TB is the leading cause of death for the population as a whole, respiratory and cardiovascular diseases feature alongside flu and pneumonia in the very young.

For the elderly, cerebrovascular diseases, diabetes and hypertension are the biggest killers.

The age group 60-64 years represented the biggest group of deaths in 2016.

TB was also the main cause of death for most of the Eastern Cape, except in Nelson Mandela metro, where diabetes mellitus was the top cause.

According to the ICD-10 system, the “immediate cause” is the final disease, injury or complication directly causing the death.

The “underlying cause” of death is the disease or injury that started the sequence of events leading directly to death, while “contributing causes” are other significant conditions contributing to the death.

Causes of death are supposed to be all the diseases, morbid conditions or injuries which result in or contributed to death.

The WHO updated the coding system on April 16 to ensure that “all deaths due to Covid-19” are identified.

“A death due to Covid-19 may not be attributed to another disease (for example cancer) and should be counted independently of pre-existing conditions that are suspected of triggering a severe course of Covid-19.

The organisation says that Covid-19 should be recorded on the medical certificate as the cause of death in all cases “where the disease caused, or is assumed to have caused, or contributed to death”.

The biggest category in the 2016 mortality report — 57,072 deaths or 12.4% of all deaths — reflects deaths which could not be properly defined from the information provided on the death notification form.

This is most starkly evident in the Eastern Cape, where “other natural causes account” for 28,754 deaths — almost half of the total number of people who died in the province.

In the Alfred Nzo district, the causes of up to 54% of deaths could not be determined and were included under “other natural causes”. OR Tambo had 35.8% and Joe Gqabi had 35.4% “other”.

Across the country, there were 4,051 forms representing 1% which had no cause of death, although 2,761 had a doctor’s tick indicating it was a natural death.

Stats SA has recognised the poor reporting at grass roots level which underpins its mortality reports and  publishing a 95-page training manual in 2012.

Sometimes healthcare workers fudge causes of death. From 1997 to 2006, the mortality reports show a steady increase in deaths from HIV-Aids.

However, in 2008, HIV-Aids ranked ninth on the list of causes of death, due to doctors using euphemistic or ill-defined illnesses, and even “garbage” codes which do not identify an underlying cause of death.