Many domestic workers not covered by relief measures 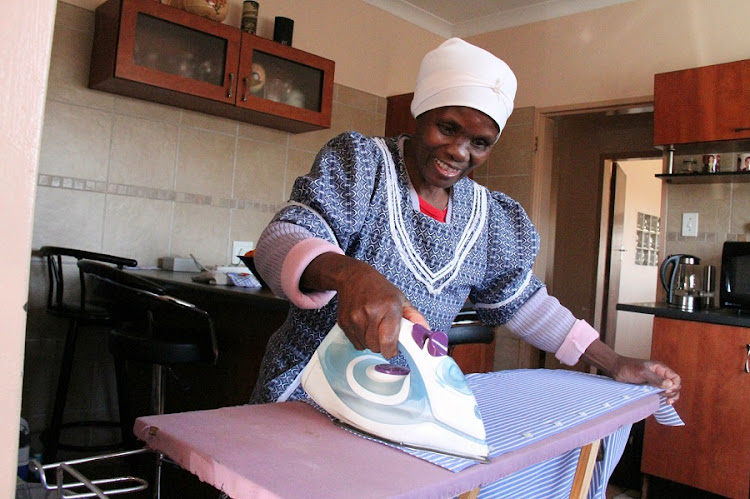 Many domestic workers are suffering during the Covid-19 lockdown as their employers fail to pay their salaries, or to have made arrangements to secure UIF payments for their employees.
Image: BAFANA MAHLANGU

“Government must force our employers to pay us our wages or register us for UIF so we can claim because we didn’t create this virus and now we are suffering,” says Vaidah Sande, a domestic worker in Johannesburg.

Sande has lived and worked in South Africa intermittently since 2004. She has worked for her current employer in Northgate on a full-time basis for about two years, earning R3,000 a month.

When the Covid-19 lockdown was announced in March, Sande’s employers told her that she should stay at home until the lockdown is over. Since then, she has not been able to earn a living or send money to her three children in Zimbabwe.

Her husband passed away during the lockdown. “I used every last cent of my savings to send his body back to Zimbabwe ... I have nothing left, I am sitting at zero,” she said.

Sande said she called her employers. They said their income had also been cut and they could no longer pay her after April.

According to Stats SA, there are over one million domestic workers in South Africa. Many will be excluded from the Covid-19 Unemployment Insurance Fund (UIF) Temporary Employer/Employee Relief Scheme (TERS).

Employers who are not able to pay salaries during the lockdown are compelled to apply for UIF TERS on behalf of their employees. But this excludes workers who do not contribute to the fund (often in the informal sector) and undocumented foreign nationals.

President Cyril Ramaphosa announced last month that unemployed people who do not receive any form of a social grant and do not qualify for UIF would receive R350 per month until October.

According to social development minister Lindiwe Zulu, South African citizens, permanent residents and refugees on the department of home affairs’ system will qualify for this grant.

But Sande, like many other domestic workers, is undocumented and cannot be registered for UIF. This means she cannot access the UIF TERS during the lockdown.

According to a survey of about 600 domestic workers conducted by Izwi Domestic Worker Alliance in April 2020, 79% were not registered for UIF and 11% did not know whether they were registered or not.

“To date, the state has refused to include unregistered workers in the TERS wage benefit. Most households have not registered their worker for UIF because they did not think it was worthwhile or did not want the hassle.

"Now domestic workers and their families are paying the price for their employers’ non-compliance with labour law,” read the statement by Izwi on 28 April.

Izwi is calling for the labour department  to compel all employers to pay domestic worker wages, regardless of their UIF registration status.

Domestic worker Miriam Mutsikira has two employers and also works part-time through a labour broking service. She works at one employer on Mondays and Fridays and another employer on Wednesdays.

Mutsikira is still being paid by one of her employers. Her other employer only paid her for the one day she worked in March. She is not receiving any relief from the labour broking service, although some other domestic workers were, she said.

The government must really consider us domestic workers, especially foreign nationals, because we are suffering just like everyone else

“The government must really consider us domestic workers, especially foreign nationals, because we are suffering just like everyone else. No matter how much noise we make, we [immigrants] are not listened to,” she said.

Mutsikira is not registered for UIF, despite working for one of her employers for about two years and having a work permit.

The South African Domestic Service and Allied Workers Union (SADSAWU) and United Domestic Workers of SA (UDWOSA) have proposed an amnesty for all employers who have not registered their employees and have not contributed to the fund.

In a submission sent to the UIF commissioner Teboho Maruping, the unions said the purpose of the amnesty would be to promote compliance with the law and to ensure that domestic workers have access to UIF TERS.

“While no fine will be imposed, employers should be issued with compliance orders to settle the outstanding contributions on registration, or arrange for payment,” read the submission, dated 4 May.

The unions said domestic workers who have not been paid during the lockdown must be advised to apply for UIF and their applications should be approved “as a matter of extreme urgency”.

All labour centres should be opened to ensure that domestic workers who do not have access to the internet can apply for UIF, said the unions. ©GroundUp