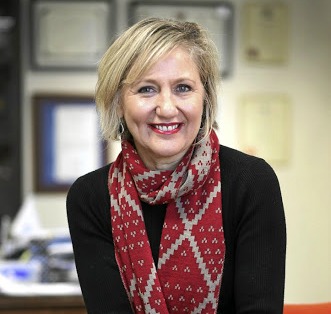 The SA Medical Research Council has extended a 'heartfelt and unconditional apology' to the health ministry after its president, Prof Glenda Gray, pictured, questioned the scientific rationale for the national lockdown. File photo.
Image: Ruvan Boshoff

Health minister Zweli Mkhize will not comment about a letter written by the SA Medical Research Council (SAMRC) extending a "heartfelt and unconditional apology" to the ministry after Prof Glenda Gray questioned the scientific rationale for the national lockdown.

Mkhize's spokesperson, Lwazi Manzi, told TimesLIVE on Monday that the minister had requested that the department did not comment on the letter.

Manzi would not confirm if Mkhize had received the letter.

"The minister will not comment. He will deal with the matter internally," said Manzi.

Gray, a member of the ministerial advisory committee (MAC) on Covid-19 and president of the SAMRC, was last week accused of “unbecoming conduct” by Mkhize for the comments she made in an interview with News24.

She was quoted in the interview as saying that some of the lockdown regulations were “not based in science”, were “completely unmeasured”, and were “almost as if someone is sucking regulations out of their thumb and implementing rubbish”.

There was significant fallout afterwards, including a request by Dr Anban Pillay, acting director-general of the health department, for an investigation into her conduct for making a “number of false allegations against government”.

GroundUp reported that this was raised in a letter dated May 21, written by Pillay and addressed to Prof Johnny Mahlangu, chairperson of the SAMRC. It said the allegations made by Gray were “damaging to government’s response to Covid-19”.

Around 250 of the country’s leading medical experts, scientists and academics have signed a statement condemning “the specific threat made against Prof Glenda Gray for expressing her opinion in public, which is totally out of step with the public pronouncements made by the president”.

Scientists have come out in support of Professor Glenda Gray after Dr Anban Pillay, the acting director-general of the health department, requested ...
News
2 years ago

President Cyril Ramaphosa touched on the issue in his address on Sunday evening, saying government had sought the advice of the MAC,  a “group of highly qualified, respected and experienced scientists, clinicians, epidemiologists and public health experts".

“We appreciate the diverse and sometimes challenging views of the scientists and health professionals in our country, which stimulate public debate and enrich our response,” he said during his address to the nation.

It has emerged that Mahlangu wrote back to Pillay on May 22, saying the board had discussed the matter and “fully supports the efforts of the minister of health and the MAC".

The letter, seen by TimesLIVE, said the board “extends a heartfelt unconditional apology on behalf of the SAMRC for any offence caused, and embarrassment suffered as a result of the comments made by Prof Gray in the media".

The letter said the board would “immediately commission a fact-finding investigation under the direction of an independent expert(s) to guide the board in determining the nature of the damage done to the SAMRC and the national Covid-19 response as a result of the comments made”.

The board said a plan of action would be formulated to “correct the negative implications of this unfortunate incident”, and deal with any code of conduct transgressions that may have occurred.

TimesLIVE asked the SAMRC for comment on Monday. This article will be updated should they wish to comment.