Malaria drug tests under the spotlight after WHO warning 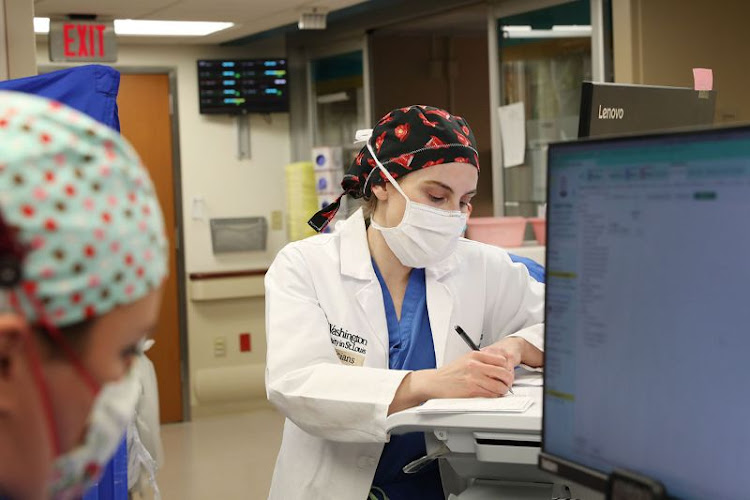 Researchers from Washington University School of Medicine in the US are working with their counterparts from Wits and the University College of London to test whether chloroquine can prevent Covid-19 infection.
Image: Erin Jones/Barnes-Jewish Hospital

An international trial to test whether the common malaria drug chloroquine can be used to prevent Covid-19 infection among healthy volunteers — which on Tuesday got final ethics and regulatory approvals in SA — will not be affected by the suspension of a trial treating hospitalised patients with a similar drug.

The World Health Organisation (WHO) announced Monday that it was temporarily halting its research on hydroxychloroquine (a derivative of chloroquine) as a treatment, to review safety concerns raised in a report in the Lancet medical journal on Friday.

The national co-principal investigator for the new chloroquine Crown Coronation study, Prof Bruce Biccard, said of the Lancet’s hydroxychloroquine findings: “They used [the drug] as a treatment on hospitalised patients with moderate to severe Covid-19.

“We are testing it on healthy volunteers, out of hospital and using it as a pre-exposure prophylaxis — for prevention. Their doses were way higher than we would be using in our trial.”

The Crown Coronation study will investigate whether chloroquine prevents infection among health-care workers and, secondly, whether it decreases the severity of infection — testing three different doses.

The Lancet report, based on observational data from about 96,000 patients, found that hospitalised patients getting hydroxychloroquine were more likely to die than other coronavirus patients.

The antimalarial hydroxychloroquine has been nicknamed the “Trump drug” because the US president claims to be taking it for Covid-19, outside of medical advice or studies.

As a treatment, chloroquine has proved ineffective in two US studies published to date.

The WHO Solidarity Trial is testing whether hydroxychloroquine or combinations of three other experimental drugs could be effective treatments for Covid-19 among 3,500 patients in 17 countries.

The hydroxychloroquine arm has been put on hold “to evaluate [data on] its potential benefits and harms” said WHO director-general Tedros Adhanom Ghebreyesus on Monday.

Crown Coronation study national co-principal investigator Prof Sinéad Delany-Moretlwe, director of research at the Wits Reproductive Health and HIV Institute (RHI) in Johannesburg, said on Tuesday: “These data do not apply to the use of any [drug] regimen used in the ambulatory, out-of-hospital setting.”

On Tuesday, the Crown Coronation study got the approvals needed to proceed and it will go ahead, she said.

Very big, randomised and controlled trials were needed to answer questions about chloroquine, said Biccard, who works in the department of anaesthesia and perioperative medicine at Groote Schuur Hospital.

“In theory, chloroquine is a great drug to try because it blocks some of the pathways the virus uses to attach to cells and has high concentrations in the lungs, so it’s a win-win,” he said.

“It is a cheap drug which is globally accessible and has an established safety profile. And if it shows efficacy, we will rapidly be able to supply it to health-care workers.”

Biccard last week condemned politicians taking and advocating drugs with no proven efficacy as irresponsible. “It means there is less of the drug available for other diseases where it is indicated and potentially life-saving, such as malaria,” he said.

SA hopes to recruit about 15,000 health-care workers (out of a global target of 30,000) to join the Crown Coronation study, said Prof Linda-Gail Bekker, deputy director of the Desmond Tutu HIV Centre at UCT’s Institute of Infectious Disease and Molecular Medicine.

“We want to keep health-care workers alive and well, and [this will test] if it is as simple as a pill a day,” she said.

The trial — led by Washington University in St Louis, Missouri, the University College of London and Wits — has been approved in the UK, Ireland, the US, Zambia and now SA. The first patient is likely to be recruited in the US this week.