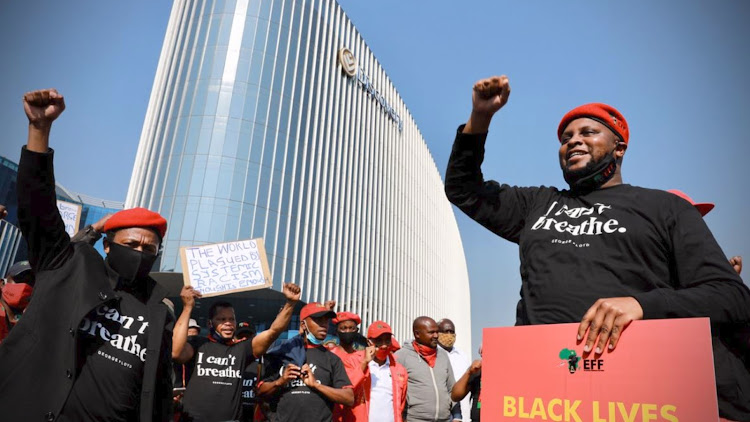 The EFF led solidarity protests around the country on June 8 2020 after the recent brutal killing of George Floyd in the US and Collins Khosa, allegedly at the hands of soldiers in SA.

The EFF demonstrated in a national day of action in solidarity with African Americans who are protesting against the violent deaths of black people at the hands of police in the US.

Since the murder of Floyd by a white police officer, people around the world have mourned and protested against racism and police brutality.

The EFF said South Africans should take part in the protests in solidarity, not only for Floyd but also for Khosa.

Khosa was allegedly beaten to death in Alexandra, Gauteng, by soldiers in April for being in possession of alcohol during the lockdown.

The EFF has called on all South Africans, in accordance with social distancing regulations, to head out and get on their knee for 8 minutes and 46 seconds, which is the amount of time Derek Chauvin placed his knee on Floyd’s throat, eventually leading to this death.