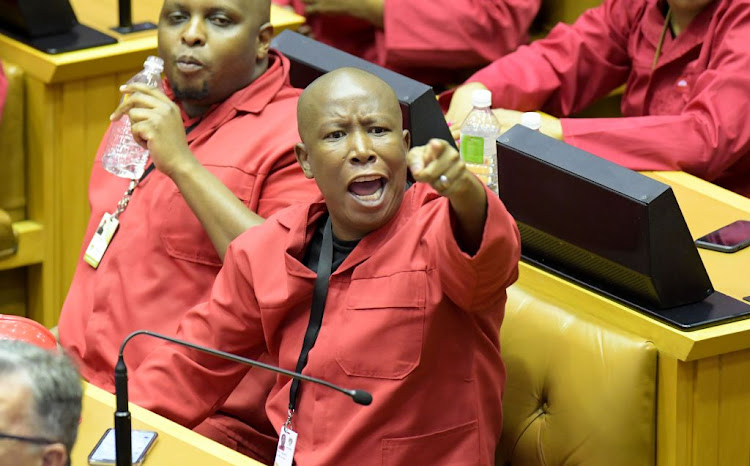 These remarks by EFF leader Julius Malema continue to dominate Twitter as South Africans respond to the speech he delivered on Sunday in commemoration of the opposition party's seventh anniversary.

He slated the ANC, which he called the “former liberation movement", for its failure to root out corruption and better the lives of its voters.

He said the ruling party has only managed to stay in power by using its victory against the apartheid regime.

He said EFF has cemented its position as a party for the poor and has been able to “reveal a better future and offer sustainable solutions”.

According to Malema, the EFF is the future.

“There is no-one today who can deny that the young organisation represents the future and embodies superior logic. It is a movement that has inspired our people to have dignity and defend themselves from injustice.”

Here's a glimpse into comments about Malema's remarks:

#quoteoftheday
Zuma sold country for a plate of curry, Ramaphosa selling it for a glass of wine - Malema
🤣🤣#thebest#capetown

EFF JULIUS says 😂😂 Zuma sold the country for plate of curry 😂😂 Ramaphosa is selling the country for glass of wine #EFFTurns7 eish this is the sad truth pic.twitter.com/fhvTLZK5nA