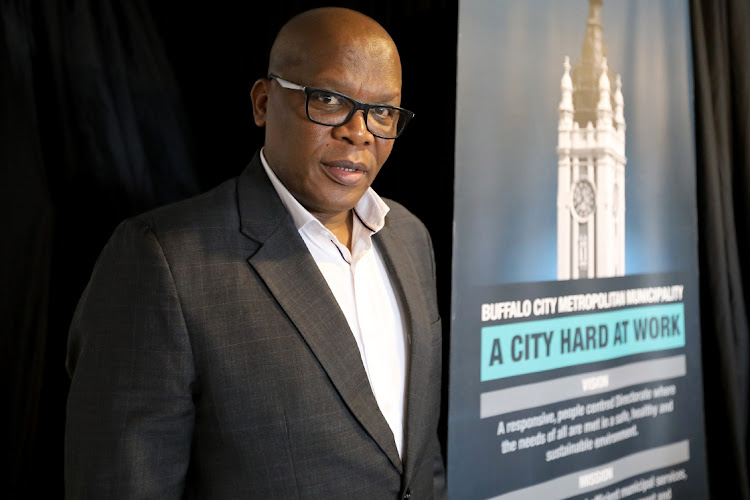 Tension between two of the most senior ANC leaders in Buffalo City Metro is so high that the party's provincial bosses are attending troika and council meetings just to keep the peace and ensure the smooth running of the municipality.

Facing off on either side of the chasm are council chief whip Mawethu Marata and mayor Xola Pakati. The mayor was at some point kept out of crucial meetings as he apparently lost control of the ruling party's caucus.

By virtue of being ANC Dr WB Rubusana regional deputy chair, Marata is Pakati's political boss. Tired of being sidelined, Pakati asked the party's provincial bosses to intervene, complaining that Marata was "unilaterally" taking decisions and not inviting him to troika meetings.

The conflict was laid bare in a leaked ANC provincial working committee (PWC) report, which painted a picture of the ruling party babysitting BCM meetings to ensure they sit and that they toe the party line.

Beleaguered Buffalo City municipal manager Andile Sihlahla on Friday managed to ward off the axe that has been hovering over his head since June, ...
News
1 year ago

A meeting between the metro's top politicians and ANC provincial leaders was held after Pakati approached provincial secretary Lulama Ngcukayitobi about an “illegal” council resolution in late June when council instructed him to write to embattled city manager Andile Sihlahla, asking him to provide reasons as to why he should not be suspended in the wake of a damning Mpac report and a series of poor audit outcomes.

According to the PWC report: “The mayor did not agree with the process and therefore did not implement the resolution of council.”

The knives are still out for Sihlahla, who on Friday cited what he called a “flawed and illegal” process to suspend him. Even while councillors are expected to vote on whether or not to suspend Sihlahla on Friday, he has demanded an apology from council.

Buffalo City Metro mayor Xola Pakati has announced the renaming of the annual mayoral cup in honour of former speaker Alfred Mtsi. Pakati made the ...
News
1 year ago

The PWC report said: “The executive mayor felt that the chief whip was unilateral in his approach to the business of troika and caucus. That the chief whip would decide on the agendas of such platforms alone and that he, as the mayor, was not invited to some of the troika meetings. This was established as fact by the PEC deployees, in spite of denials by the chief whip.”

On the other hand, Marata had told the party bosses that Pakati “was always out to project other members of troika in a negative light”.

PEC spokesperson and head of ANC deployees in the region Loyiso Magqashela said on Monday that relations had improved since their intervention.

What was prevailing there was some kind of impasse. They were talking past each other. The mayor was at some point expected to attend troika meetings, but he never did

“What was prevailing there was some kind of impasse. They were talking past each other. The mayor was at some point expected to attend troika meetings, but he never did.

“When we dug deeper, the mayor could prove he had not received any invite for such meetings. We then said they must find ways  to work together. We also resolved on the issue of strengthening the chief whip's office, so that it could be administratively capacitated,” Magqashela said.

While insisting Pakati and Marata's relationship had improved, Magqashela said they would continue monitoring the situation.

These are gentlemen, but you just need to ground them and make sure they understand their roles

“These are gentlemen, but you just need to ground them and make sure they understand their roles. However, we have now taken a decision that every time the troika sits, we are there as PEC deployees, and that before every ANC caucus they should meet as a troika and every item that is to be discussed in caucus must have been discussed, understood and agreed upon by all troika members. This is for them to  sing from the same hymn book,” he said.

The reason behind the divisions is how the ANC regional conference resolved in 2018 that whoever was voted in as chair would also wear the mayoral chain, Magqashela said.

Mkolo beat Pakati to the powerful position at a highly contested conference. However Mkolo, despite being cleared of fraud and corruption charges in the 2013 Mandela memorial funds scandal, has not made it to council, with the party's deployment committee deploying Maxhegwana to replace late speaker Alfred Mtsi last week.

Mkolo's supporters had hoped to see him being sworn in as a councillor, which would have paved the way for him to become mayor in a possible leadership shakeup which some say has been on the cards for months.