Scam alert on Facebook ad: 'Even after cancelling, I was still billed' 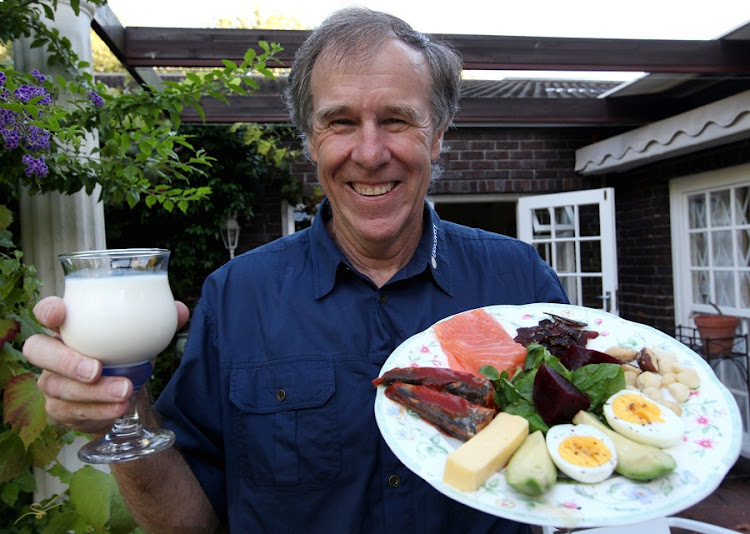 A scam Facebook ad is using the name and face of Tim Noakes, which his foundation says is jeopardising years of hard work while stealing from unwitting consumers.
Image: Esa Alexander

Do celebrity endorsements work? Clearly they do, which is why some dodgy companies hijack respected personalities’ reputations and use them to punt their products.

International syndicates are behind a lot of these online adverts, and Facebook is their favourite hunting ground.

One that has caught a lot of South African victims in recent months is an advert for a “fat burning” product called Ketovatru (and other, similar, versions of that name) featuring photographs of and glowing testimonials from well-known local medical personalities Prof Tim Noakes and Dr Michael Mol.

The modus operandi is to offer a free product for a “shipping fee”, or product for less than R100. When the consumer keys in their credit card details, a purchase of several thousand rand is processed.

An ad showing a civet cat cowering in a cage being offered for sale on Facebook was just one of hundreds that the social media giant has removed in a ...
News
8 months ago

On the complaints website HelloPeter there are 32 complaints about “Ketovatru SA”, most of them written in spitting-mad capital letters, followed by multiple exclamation marks.

Today “Mildred B” posted: “Do not do business with them! They are scammers! They tell you it is R70 but then charge you R1,900. They are not in SA. Even after cancelling I was still billed.”

If you’ve been caught, your best chance for a refund — if you paid with a credit card — is to approach your bank with evidence that you were misled, and ask for a charge back to your account.

Jayne Bullen, CEO of the Noakes Foundation, said the foundation and its attorneys had been trying for months to stop the ads by contacting Facebook and Spotify, but with no success.

She said: “There is little our attorneys can do to action any kind of litigation unless they can find an entity or person responsible, and they can’t.

“This scam is jeopardising years of hard work to build the foundation, and stealing huge amounts of money from innocent consumers at the same time.”

A man suspected of raping and murdering a Limpopo game lodge owner has been arrested after the victim's niece tracked him down from the UK.
News
8 months ago

It may be in your rental lease, but that doesn’t mean it’s legal

“Pieter” rented a flat for his student son in Potchefstroom. The lease ended on July 31, and Pieter gave a month’s notice that his son would vacate before the end of the month. In fact, he moved out on July 21, and was told that a new tenant would be moving in.

“But the lease agreement stipulated we had to give two months’ notice, so the owner has now said that because we only gave a month’s notice, we won’t be getting the deposit back,” he said.

“Must I just make peace with this?”

Hell, no. According to rental property specialist attorney Marlon Shevelew, the Consumer Protection Act’s section 14 requires a tenant to give only 20 business days’ notice.

“Nothing trumps that,” he says.

Unless that owner can prove — by means of a document signed at a joint exit interview with Pieter’s son — that he damaged the unit in some way, the deposit must be refunded in full.

In fact, that should have happened within seven days of Pieter’s son vacating the flat, according to the Rental Housing Act.

A two-month notice period appears in many residential rental leases. Challenge this.

I should add that if you give a month’s notice to vacate before the end of your lease period, the owner/agent is legally entitled to charge you a “reasonable” cancellation penalty. But they can’t “thumbsuck” an amount. It has to be substantiated with a full breakdown of expenses and receipts for repairs.

A Facebook account belonging to the KwaZulu-Natal MEC for social development, Nonhlanhla Khoza, has been hacked and is allegedly being used to ...
News
11 months ago

Is your car still for 'private' use only?

With the boom in online shopping came an increased demand for delivery drivers to get the goods to customers, creating income opportunities for many who have found themselves out of work thanks to Covid-19.

Many personal cars are now whizzing about all day, loaded with packages.

Many people who are now working from home who previously used company transport for work are now using their own cars for business.

If your car has been repurposed in recent months — even if you use it only occasionally for work — it is considered to be at greater risk of being damaged in an accident or hijacked than it was when it was driven for private use only.

If you haven’t informed your broker or insurance company about the changed use of the car, allowing them to increase the premium to account for the increased risk, any claim you make will be rejected. Make that call.

The Financial Sector Conduct Authority (FSCA), which regulates the financial services industry, is constantly warning the public not to take out funeral policies with companies which aren’t registered with the FSCA.

The regulator is usually alerted to the rogue operators by means of consumer complaints about unpaid say.

“Members of the public should always check that an entity or individual is registered with the FSCA to provide financial advisory and intermediary services, and also what category of advice the entity is registered to provide,” the FSCA said.

“There are instances where people are registered to provide basic advisory services for a low-risk product, and then offer services of a far more complex and risky nature.”

To check if a company selling funeral policies is registered with the FSCA, and for which services, call 0800 110 443 or go to www.fsca.co.za.

GET IN TOUCH: You can contact Wendy Knowler for advice with your consumer issues via e-mail: consumer@knowler.co.za or on Twitter: @wendyknowler