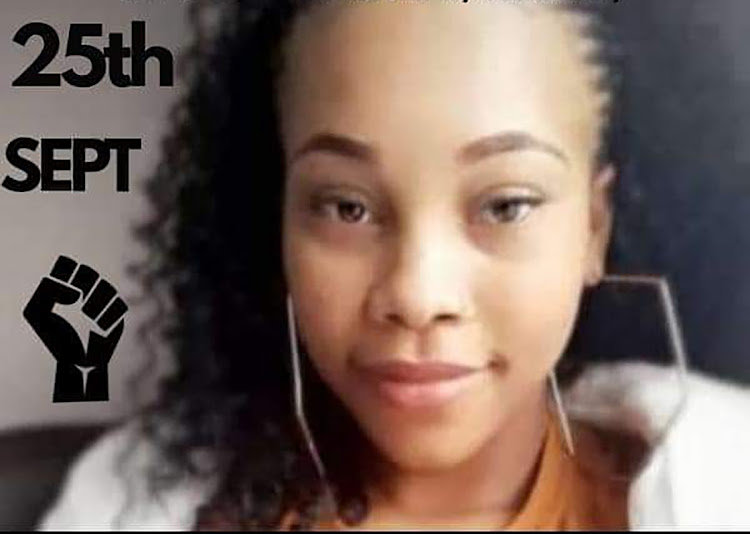 Moesha Magotha, 19, was assaulted and left with a profanity carved into her forehead.
Image: SUPPLIED

A young woman is in the intensive care unit after being savagely stabbed and beaten in an attack that has shocked a small Eastern Cape farming community to its core.

DispatchLIVE was provided graphic photographs of her face and body on Thursday after the attack.

One of the images appears to show a swear word carved into her forehead.

A married man from Alexandria, about 50km from Port Alfred, has been arrested and will appear in the town's magistrate's court on Friday.

Moesha Magotha, 19, was stabbed and assaulted last week, and the EFF in Alexandria says she is lucky to be alive.

The party has been liaising with her family.

The death of a young Butterworth woman, allegedly at the hands of her boyfriend, has devastated her family
News
1 year ago

“This has left the community so shocked. The man who allegedly did this is a married man. We are calling for justice, and that he not be given bail,” Runeli said.

Magotha's relatives could not be reached for comment on Thursday.

“As a community we are shocked,” Muneli said. “We cannot just fold our arms. We are holding a march against gender-based violence and in support of our young, beautiful Moesha.

We need justice for Moesha. Violence against women has no space in our community.

“We need justice for Moesha. Violence against women has no space in our community. This is the man's first appearance but we are asking for the justice department to help us keep him in jail.”

Petros Majola, of children's rights advocacy group Khula Community Development, said SA women could not live in cages to protect themselves against men.

A Butterworth man who allegedly beat his girlfriend to death with an extension cord in a jealous rage will appear in court on Tuesday.
News
1 year ago

“Women should be free in this country. This is their country and they should be  allowed their freedom.”

Majola said the time for paying lip service was over.

“There's no more time to talk. The president has made a call for all those accused of GBV to be denied bail. For this case, we need to set an example and make sure this person is denied bail,” he said.

It's as if it is allowed in this country. It needs a person like me and you who will fight this

“Women, boys and girls find themselves no longer safe in their own country. This is not supposed to be happening, yet it's as if it is allowed in this country. It needs a person like me and you who will fight this. We cannot allow our country to be a bad example to the world.”

Hundreds of local residents are expected to take part in the march.

Runeli said Alexandria residents would march along A street, join the R72 and then proceed to the court building between 8am and 9am on Friday.

“We will hand over a petition to the department of justice and picket outside the court as this case proceeds,” Runeli said.

In both cases men either currently or previously their boyfriends were arrested.