Gordhan promises SOEs will rise from the ashes and be exemplary 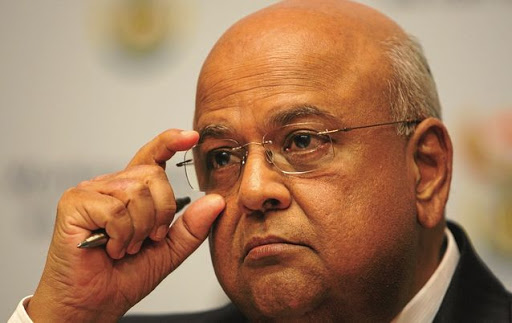 Pravin Gordhan says the DA does does not act in the interest of South Africans when it critiques state-owned companies (SOCs) and provides no insights to the public on the kind of damage that state capture has done to state-owned entities.
Image: Picture: TREVOR SAMSON

Public enterprises minister Pravin Gordhan has accused the DA of playing politics and advancing an ideology the ANC fundamentally disagrees with.

Gordhan was responding to DA accusations during a parliamentary debate that the ANC government was persisting with a failed approach of bailing out state-owned companies, even though there was little or nothing to show for the billions spent on bailing them out.

DA MP Geordin Hill-Lewis had sponsored the debate on Wednesday on the financial burden of sustaining unprofitable state-owned entities, and how the government could reappropriate the continual bailouts used to sustain these entities.

“We should tell the SA public very frankly that we come from very different backgrounds in terms of our world views and philosophies and not mask it with all sorts of metaphors and the kind of bluster that comes with these presentations,” said Gordhan.

He said the DA does not act in the interest of South Africans when it critiques state-owned companies (SOCs) and provides no insights to the public on the kind of damage that state capture has done to state-owned entities.

“It looks like all three of our colleagues have a collective amnesia in this particular regard and are possibly scared in taking on this monster called 'state capture' because taking on state capture means taking on individuals who had a critical role in depriving South Africans of potentially hundreds of billions of rand,” he said, alluding to the three DA MPs who participated in the debate.

Nothing to show for billions spent on bailing out state companies, says DA

The DA has come down hard on the ANC government for its continued financial support of failing state-owned enterprises, which the party says have ...
News
1 year ago

He said the DA was taking a stance which was easier than doing the hard work required to put SOEs on a different kind of footing.

Gordhan said the ANC government's intent is to get new boards with credibility and that are appropriately experienced and are ethical.

“Where SOEs are not able to raise sufficient financing from the banks and other financial institutions, we will need to explore other mechanisms like strategic equity partnerships or selling off non-strategic assets,” he said.

Quoting President Cyril Ramaphosa, Gordhan said through the presidential SOE council the government intends to create alignment between all SOEs and to define their respective mandates better.

“It might interest all of us to know that SOCs contribute about 5% to GDP and have a multiplied effect of about 15% on GDP as well. If we want to honestly talk about SOEs and their particular kind of role, let's not isolate SA from the global trend,” he said.

The global trend at the moment is that the GDP contribution of SOEs has grown to a point where 50% of the trillions of dollars that constitute the global GDP are in fact contributed by SOEs.

In some instances these are giants, said Gordhan.

He said the new initiatives that the government is talking about, both to stabilise SOEs and to move forward in a different direction for critical SOEs was comparable to the kind of work that is happening on a global scale though this would take a few years for SA to get to that particular point.

He said the ANC government acknowledges that SOCs have a vital role to play both in the economy and in society.

“We acknowledge the kind of global trends that have developed in terms of the contribution that SOCs can make potentially to GDP both to our own country and to the continent as well.

“We have also taken note of the global trends in terms of better governance and better operational and financial management within these SOEs,” he said.

“We have a very clear plan which is a transformative plan where SOCs should be agencies for the transformation of the SA economy,” said Gordhan.

He said the government can no longer lead an economy which is still divided on the basis of race, gender and geography.

“And the DA has absolutely no plan to make sure all South Africans are beneficiaries of any policy that we actually come up with. Our intent is to make sure that within the next few years, reliance by SOEs on the fiscus is absolutely done away with,” said Gordhan.

The DA is wrong. SOEs are not zombies, they’re a whole other genus

Tito Mboweni is unhappy with the party’s description and he’d be right. The DA is giving them too much credit
News
1 year ago

He said SOEs in general will be repurposed, redirected and reorganised to be an exemplary set of institutions — but this will take time.

“It will take hard work and we will have to undo the damage of state capture that all of us seem to be in denial about, particularly in the DA, and we will ensure that the right governance, operations, financial stability and business models are being put in place.

“There will be creative basis upon which there will be participation of the private sector and watch this space over the next few weeks and months as we make announcements in this particular regard,” he said.