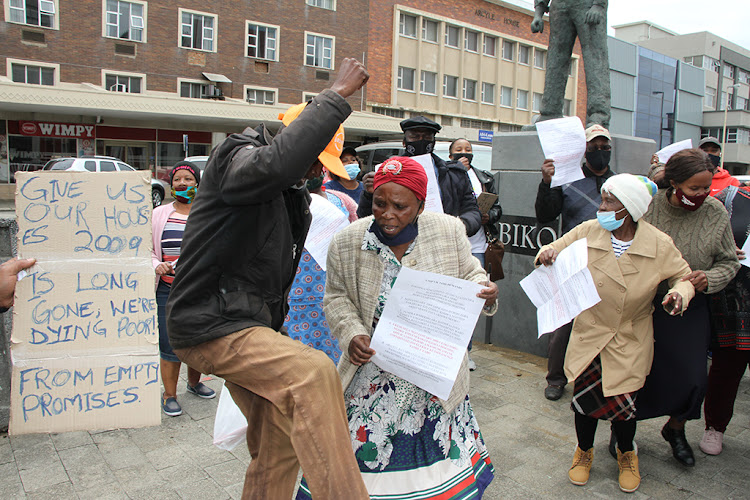 About 70 Mdantsane pensioners who were forcefully removed from their homes  during apartheid protested in the East London CBD on Wednesday, demanding to be given back houses they say they occupied between 1980 and 1990.

Community leader Zoleka Sigasana said some of the families who had lost their homes had died while waiting for restitution.

She claimed that Buffalo City Metro was aware of their plight but they had been "sent from pillar to post" when they tried to engage the metro.

Tami Kubo, 73, said it seemed like he would never own a decent home again.

Kubo feared that he and other 274 residents, mostly pensioners, would die without realising their dreams of returning to their homes, despite attending a series of meetings aimed at finding a solution.

Another resident, Nozizwe Charlie, 58, said their land claim was submitted to the authorities, including the premier's and mayor's offices, more than 20 years ago.

She said repeated attempts to follow up on the progress of their claim failed to yield any positive results.

Give us back our homes and bring 'thieves' to justice, says shack dwellers' movement

Abahlali baseMjondolo, the shack dwellers' movement, wants members who were evicted during the state of national disaster brought back to their ...
News
1 year ago