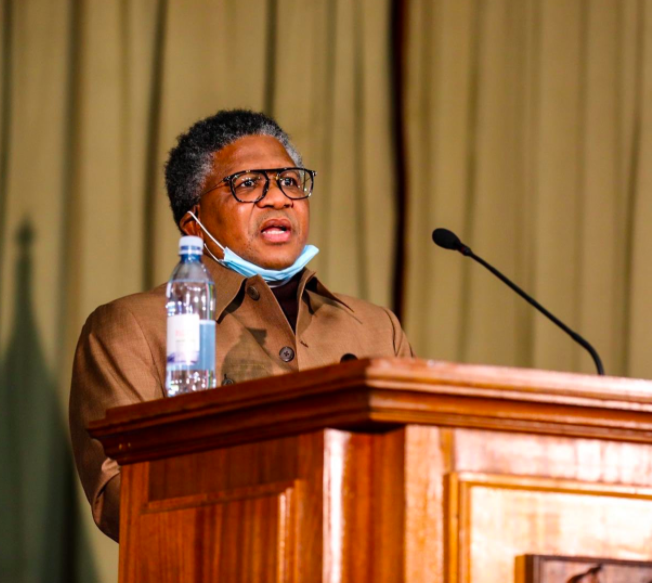 Hundreds of Twitter users educated transport minister Fikile Mbalula after he shared a misleading tweet claiming the establishment of the state capture inquiry was "a decision" made by the ANC.

Mbalula said the establishment of the inquiry is a decision in which every ANC member should take pride.

"To establish the Zondo commission is the decision of the ANC conference to deal with and investigate state capture. It is a decision every ANC member must be proud of," he tweeted.

The national taxi alliance said they would not be “taken for a ride “ by a “small boy” -referring to transport minister Fikile Mbalula.
News
1 year ago

This is not true.

The state capture inquiry was a recommendation made by former public protector Thuli Madonsela, who in 2016 investigated allegations about the looting of state funds and resources and the inappropriate relationship between former president Jacob Zuma and the corruption-accused Gupta family.

The former public protector's report recommended Zuma establish the commission, and that chief justice Mogoeng Mogoeng appoint the presiding judge. The commission was established in 2018 after attempts by the former president to challenge it. It is chaired by deputy chief justice Raymond Zondo.

Some called out Mbalula for spreading "fake news", while others said the ruling party would never establish an inquiry to investigate allegations of misconduct against its members.

Mbalula has opted to keep the tweet despite it spreading false information.

It is not decision of the ANC but a recommendation by @ThuliMadonsela3 to establish the #StateCaptureInquiry, this is why you or the ANC are not sophisticated enough to run South Africa

Now you are lying! It was a recommendation by the public protector! Shes protecting us from the cancer that is the ANC!

No, it was a recommendation by PP Madonsela and affirmed by the High Court. ANC absolutely had no choice!

You were forced by Public protector report to implement it, if we are to believe what are you telling...you would have not abandoned Scorpions years back. Bakhohlise abangazi

To establish Zondo Commission is the administrative order of then PP Thuli Madonsela; ANC neither had the intellectual capacity nor the political will to come with a commission as big as this, even the Seriti Commission its President got dragged to establish it.

Stop lying to us

Do not rewrite history Mbaks.