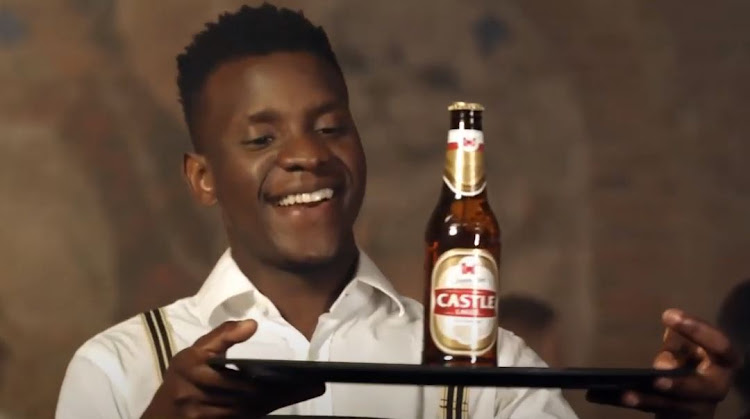 The waiter in a TV commercial for Castle Lager, which attracted a complaint to the ad watchdog about the use of the national anthem.
Image: YouTube

Can the national anthem be used to sell beer? The answer, according to the ad watchdog, is yes.

The Advertising Regulatory Board's decision followed a complaint about a Castle Lager TV ad featuring a trainee waiter delivering beer to a customer.

As he walks across the bar, patrons stand and sing Nkosi Sikelel' iAfrika, and the waiter eventually realises it is because the Springboks are singing the anthem on TV screens above him.

This upset viewer Thandi Norman, who complained to the watchdog that it is “disrespectful, reckless and offensive” to associate the anthem with liquor.

“Such an action should not be permitted in SA because recent statistics show that alcohol abuse is rife and that it leads, in many instances, to gender-based violence,” said Norman.

Using the anthem to sell beer also diminished its role in the struggle for liberation, she said, and she was also upset that the only portion of the anthem used in the ad “is the one in the Nguni language. The young males and females depicted are mainly black and are used to devalue the national anthem.”

Castle Lager's attorneys, Adams & Adams, told the watchdog the anthem had been used in other companies' ads previously, and in this instance it featured in support of a 125-year-old SA product.

“The hypothetical reasonable consumer would recognise that the commercial seeks to take a humorous and lighthearted look at the long-standing relationship between [Castle Lager] and its consumers and fans of the Amabhokobhoko [Springboks],” a team sponsored by the beer.

“The underlying theme of the commercial is one of celebration and, more particularly, of celebrating the national anthem and the local heritage of the iconic and long-standing advertised beer that has, for a substantial number of years, been the beer behind SA’s national sporting teams,” said the lawyers.

They argued that it requires “an unreasonable stretch of the imagination and a biased perspective” to conclude that the ad set out to devalue or diminish SA's history.

Popular Johannesburg eatery The Local Grill will be unable to keep its doors open beyond the end of January if the alcohol ban continues, its owner ...
News
3 months ago

In its ruling, the watchdog said any advertising that condoned societal ills such as alcohol abuse or gender-based violence would be unacceptable - but the Castle Lager ad did not break any laws, and depicted “a familiar occurrence in real life”.

The watchdog added: “The patrons in the commercial are depicted behaving in an exemplary way while singing the anthem, and do not show any signs of disrespect or behave in any way that might cause offence.”

It said Norman had not explained in her complaint how the use of a particular race or language in a commercial demeans the anthem.

The board could not dictate to advertisers what languages or races featured in their ads, and could not find anything in the Castle Lager ad that contravened the advertising code.