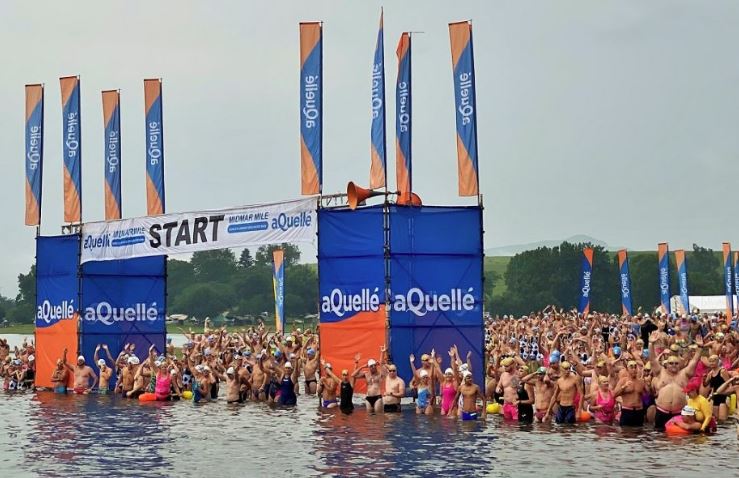 Virtual swimmers can complete the virtual event in a swimming pool.
Image: https://www.midmarmile.co.za/

For most of the revellers intending to swim the iconic Midmar Mile‚ the event has been cancelled‚ with entries being transferred to a virtual race.

Only 20 men and 20 women will compete in the two elite races at the Midlands dam on Sunday.

The eight-mile and 16-mile events will be permitted to go ahead on Thursday and Friday next week‚ organisers announced on Thursday.

The late cancellation follows refusal by Ezemvelo KZN Wildlife — which runs the Midmar facility and is also one of the beneficiaries of the charity swims — to allow the mass participation race.

“It was brought to our attention recently that Ezemvelo KZN Wildlife were not allowing events to take place at their facilities‚ despite government regulations allowing events within restrictions‚” race director Wayne Riddin said in a statement.

Organisers of the annual Midmar Mile swimming race say they will continue to keep aQuellé as the official sponsor despite recent sexual abuse ...
News
1 year ago

“I personally requested an urgent meeting on several occasions‚ but senior management were not able to make themselves available. All documentation was submitted to Ezemvelo KZN Wildlife‚ with written permissions in place from the necessary authorities.”

Riddin said they had made “huge alterations” to allow for restrictions‚ but were unable to convince Ezemvelo KZN Wildlife of this.

The organisers said all paid entries into Midmar Mile would be transferred to the virtual platform at no charge.

Virtual swimmers can complete the virtual event in a swimming pool.