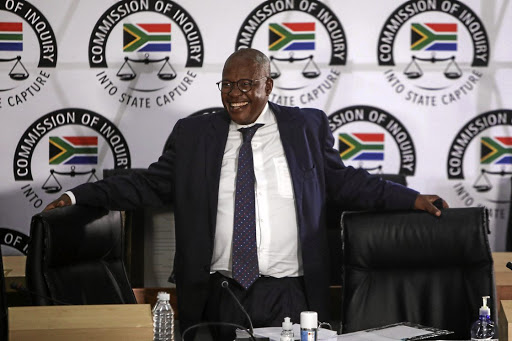 Former Eskom boss Brian Molefe insisted on Tuesday SA was on the right track in pursuing a nuclear build project which was abandoned owing to controversy during Jacob Zuma’s time in the Union Buildings.

Molefe made this statement at the state capture inquiry on Tuesday.

He was responding to a question on why he never exercised his right to state his version of events when Rule 3.3 notices were sent to him, among them being those about minister Pravin Gordhan’s testimony.

The notices are sent to people who are said to be implicated in testimony before the inquiry.

Molefe said he did not respond in writing to Rule 3.3 notices because, to date, he believes no one implicated him “in wrongdoing”.

Gordhan had testified Molefe was among those who pushed strongly for former president Zuma’s plan for a nuclear build deal with Russia.

Molefe said Gordhan was correct because he believed the country should pursue a nuclear build programme to address its energy problems.

“I got a 3.3 notice relating to Mr Pravin Gordhan who said ‘Mr Brian Molefe thought the nuclear deal could be funded’,” said Molefe.

“Of course I did, and there is nothing wrong with that. It could be funded.

“So I do not understand why I had to get a 3.3 notice. Guess what, a few months later, a new minister of energy [Gwede Mantashe] is appointed and the first thing he says is that the future of this country is nuclear energy.”

Molefe complained that the inquiry did not question him about testimony by former Eskom board chairperson Jabu Mabuza and erstwhile public protector Thuli Madonsela.

He said: “I got an instruction from the chairperson [deputy chief justice Raymond Zondo] to respond to Mr Jabu Mabuza, who did not know what he was talking about and did not provide any evidence.

“The affidavit I submitted in response was very brief and I never heard anything from the commission after that, even when we were dealing with Eskom evidence. His evidence was not referred to at all, just like Thuli Madonsela’s evidence.”