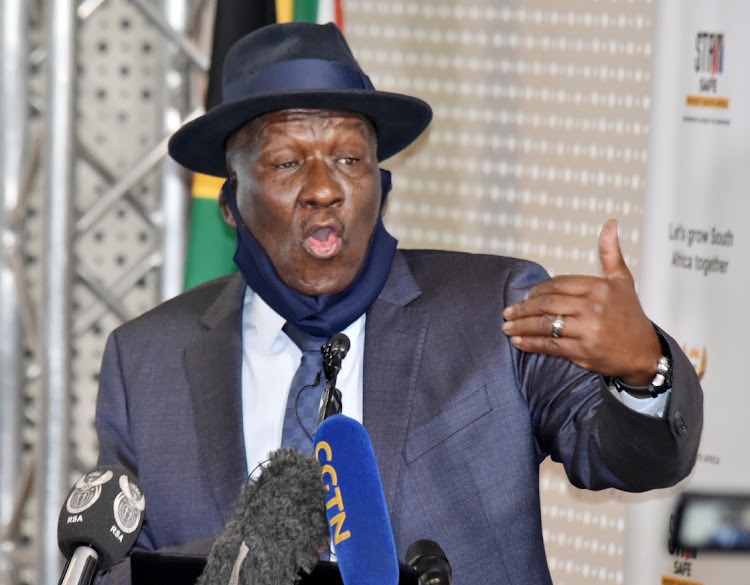 Police minister Bheki Cele told parliament on Wednesday that the country had lost 665 officers to Covid-19, while more than 30,000 tested positive for the virus.

This is double the number of police officers who had been reported to have died from Covid-19 in January this year, when the number stood at 330.

Cele revealed these figures at the National Council of Provinces (NCOP) while delivering his budget speech address.

“We dedicate this speech to all members and employees of this sector who have succumbed to the deadly Covid-19 pandemic. Up to this point, chairperson, we have lost 635 police, and 30,333 have been infected. Many of them could not get their well-deserved, dignified send-off because we had to observe Covid-19 regulations,” said Cele.

His statement on Wednesday came as the country face a third wave of Covid-19, as the number of positive cases rise rapidly.

The country is on adjusted level 2 of its lockdown regulations and has battled to fast-track the rollout of its vaccination programme.

Cele also updated the NCOP on cases of serious commercial crime, such as the VBS Mutual Bank scandal, where a 20-member team of the Hawks was involved in the investigation of the case.

“That team is now focusing on 20 municipalities that deposited an amount of R1.8bn in VBS. Other legs of investigations are also receiving attention,” said Cele.

He said the Hawks have received the report of forensic auditors in the case against Steinhoff, which being analysed by both the investigation and prosecution team.

“The allegations that are being investigated include the submission of false, misleading or deceptive financial statements to attract investors at the contravention of the financial market act. The case is still under investigation, and so far 278 statements have been obtained,” said Cele.

New restrictions to slow the spread of Covid-19 are not enough, warns the SA Medical Association.
News
1 year ago