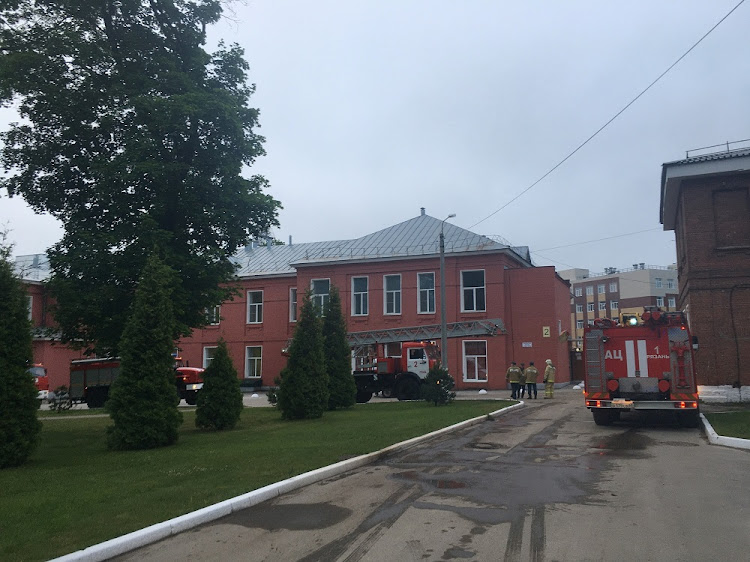 Firefighting vehicles are seen after a blaze at a hospital in the city of Ryazan, Russia, on June 9 2021.
Image: Russia's Emergencies Ministry in Ryazan Region/Handout via REUTERS

Three people were killed on Wednesday in a blaze that broke out at a Russian hospital treating patients with Covid-19, the authorities said, with one official suggesting a faulty ventilator was to blame.

Since the start of the pandemic, Russia has reported several fires at intensive care units that doctors said were caused by malfunctioning ventilators used to treat patients severely ill with the virus.

The fire broke out in the early hours of Wednesday at a hospital in the city of Ryazan, about 180km from Moscow, in a ward treating Covid-19 patients.

The region's governor, Nikolai Lyubimov, told state television that a ventilator in the ward had overheated and caught fire, the Interfax news agency reported.

Nurses attempted to extinguish the blaze, but were unsuccessful, with some of them sustaining severe burns, the governor said.

The Investigative Committee, which probes major crimes, said it had opened a criminal case to determine whether the fire had been caused by negligence. It said the investigation was considering different possible causes of the blaze.

The area commissioner of Mthatha’s Wellington Prison, John Msimango, is fighting for his life in hospital along with one of his daughters after a ...
News
6 days ago