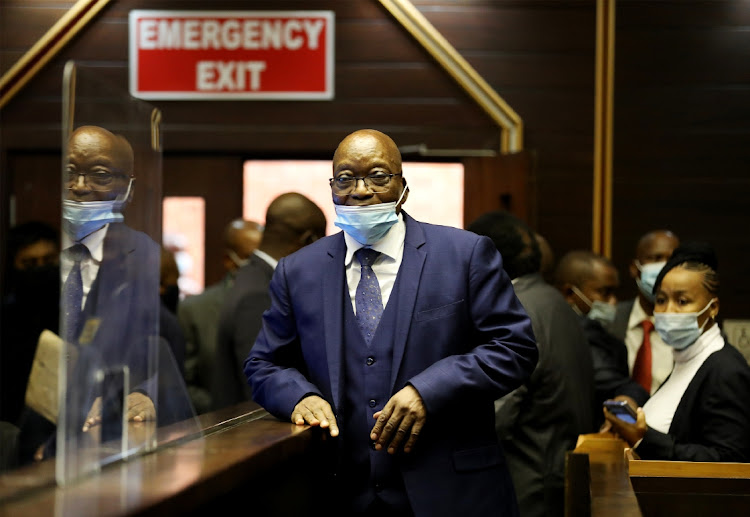 The ConCourt will on Tuesday pass judgment on whether former president Jacob Zuma is in contempt of court for his failure to appear before the state capture inquiry. File photo.
Image: SANDILE NDLOVU

The Constitutional Court will on Tuesday pass judgment on whether former president Jacob Zuma is guilty of contempt of court for failure to appear before the state capture commission of inquiry and, if so, what is the appropriate sanction.

The commission applied to the Constitutional Court that Zuma be imprisoned for two years for breaching the court's order to obey the commission’s summonses that he appear before it to testify.

The special plea by former president Jacob Zuma wanting the removal of Billy Downer as prosecutor in his corruption trial should be rejected, says ...
News
5 months ago

In April, before the hearing of the contempt application, the court issued directions that Zuma must file an affidavit addressing what penalty the court should impose if it were to find him in contempt of court.

Zuma did not oppose these contempt of court proceedings and did not participate in the matter.