Former president Jacob Zuma was taken to the Estcourt prison at about 1.30am and was set to go through admission processes, the correctional services department said. 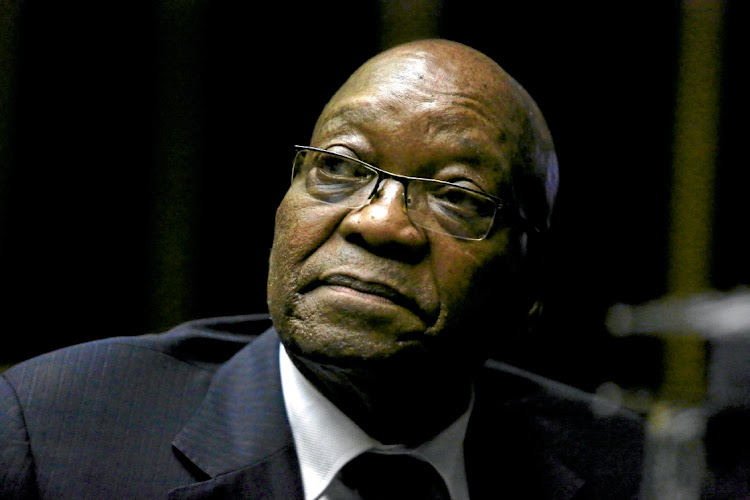 The correctional services department confirmed at 1.50am on Thursday that Zuma had “been admitted to start serving a 15 months sentence at [the] Estcourt Correctional Centre”.

“Mr Zuma will be taken through all the admission processes as per [department] regulations. Other relevant prescripts pertaining to admitting and orientating newly incarcerated persons will also be followed and executed.

“Details about the appropriate classification, prerogatives and incarceration conditions can only be determined at the completion of the assessment process to be undertaken by relevant authorities within the employ of [the department].

“Keeping inmates in a safe and secure custody remains cardinal to correctional services and we remain committed to this cause,” said spokesman Singabakho Nxumalo.

Former president Jacob Zuma has officially handed himself over and is in police custody.
News
1 year ago

The statement came about two hours after Zuma handed himself over and was in police custody.

Naidoo said: “I can confirm that the former president has been taken into police custody well ahead of the deadline.”

Themba tweeted that Zuma was “placed in SAPS custody in compliance with the Constitutional Court order”.

As the ANC called for calm in the wake of the latest developments, Zuma it appeared that Zuma had been transferred into correctional services custody. Just before 1.30am on Thursday, the same convoy that departed Zuma's homestead about two hours earlier was seen driving into the Estcourt facility.

The former president's daughter, Dudu Zuma-Sambudla, tweeted that she had spoken to her dad while he was “en route”, and that he was “still in high spirits”.

“He said that he hopes they still have his same overalls from Robben Island and we laughed hard that at least he won’t struggle with Afrikaans this time round,” she tweeted.

Former president Jacob Zuma is "on his way" to hand himself over to prison authorities in KwaZulu-Natal, his foundation confirmed.
News
1 year ago

The JZ Foundation also confirmed in a statement just before midnight on Wednesday that the former president had decided to comply with the incarceration order”.

ANC spokesman Pule Mabe said the party had noted the fact that Zuma had handed himself over.

“Without doubt this is a difficult period in the movement and we call upon our members to remain calm and respect the decision taken by former president Jacob Zuma to abide by the rulings of the court,” he said.

The foundation statement came about 45 minutes after an eight-vehicle motorcade pulled out of the Zuma family's Nkandla homestead about 11.15 on Wednesday night. Sources had confirmed that Zuma was in one of the vehicles.

However, Edward Zuma, the former president's son, denied that this was the case. Another brother, Khanya Zuma, also denied it and laughed.

The convoy left in the direction of Kranskop rather than towards Eshowe, a road that leads to Estcourt.

The R387m Estcourt prison was opened in 2019 and has a hospital section, training centre, maintenance workshop, among others. Comprising of two sections, the prison can accommodate just over 500 inmates.

The departure of the convoy came shortly after a private ambulance that was initially turned away from former president Jacob Zuma's Nkandla homestead on Wednesday night was later allowed to enter through the main gates.