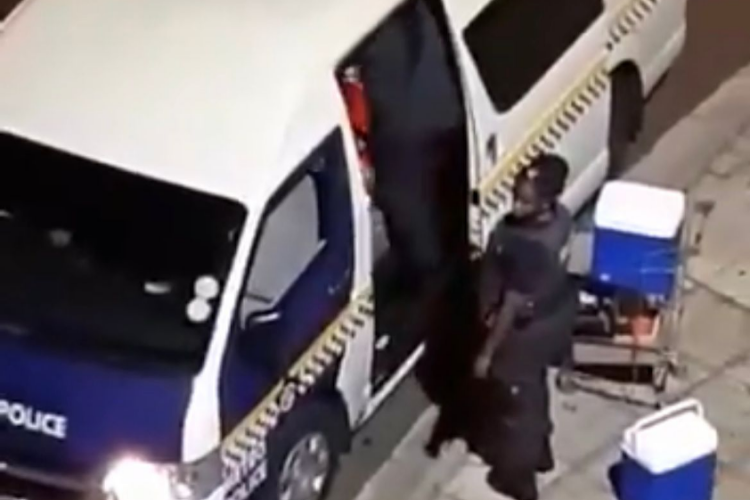 A video of metro police loading goods into a vehicle has drawn criticism with some saying the officers were looting.
Image: SUPPLIED

eThekwini officials have quashed speculation that city police officers were participating in widespread looting and criminality that has plunged KwaZulu-Natal into anarchy.

This comes after a video circulated on social media showed uniformed officers packing goods, including coolers boxes, into an official vehicle.

In a statement on Monday, the city said it noted with “concern the video of metro police officers seen to be looting”.

“On preliminary investigation it was determined the officers were not looting, but rather confiscating goods from looters and recovering items abandoned by criminal elements who were looting.

“In terms of police procedure and policy, all items recovered have been recorded in an SAPS police register. Hundreds of people have been detained with the evidence loaded in vehicles. In terms of the law, the suspect, together with any evidence, must be taken to a police station and this is what has happened.”

Metro police spokesperson Supt Zama Dlamini told TimesLIVE the video had been brought to the attention of the department.