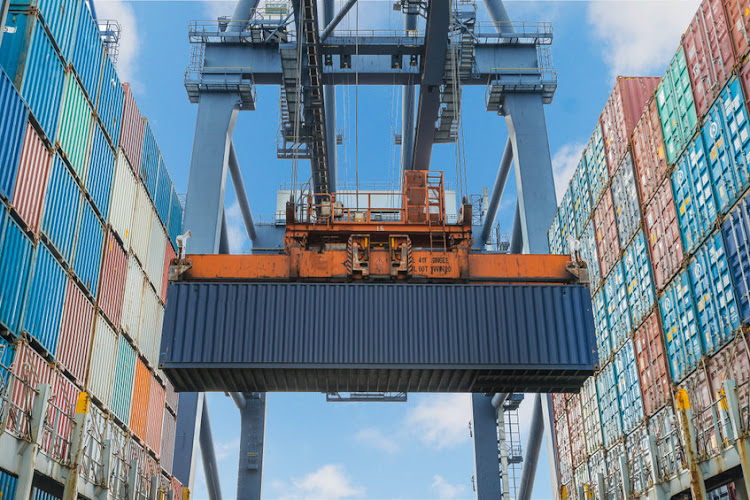 The spreader on a container gantry - the orange device in this file photo - crushed a truck driver at Cape Town container terminal when the hoist brakes failed in March 2021, a Transnet investigation has found.
Image: 123rf/ake1150

A Cape Town harbour worker frantically tried to warn a truck driver about a crane falling on his cab, public enterprises minister Pravin Gordhan has revealed.

In a parliamentary answer about a fatal incident at Cape Town container terminal in March, Gordhan said the driver did not hear the operator of the mobile gantry sounding his horn.

The 52-year-old driver was crushed to death when the gantry spreader — the apparatus that is used to lift containers — fell on his cab.

Replying to a question from DA MP Ghaleb Cachalia, Gordhan said a Transnet investigation had identified at least three factors that led to the incident:

As a result of the March incident, said Gordhan, “Transnet has tracked and ensured implementation of the control measures identified in the internal investigation in order to avoid the reoccurrence”. 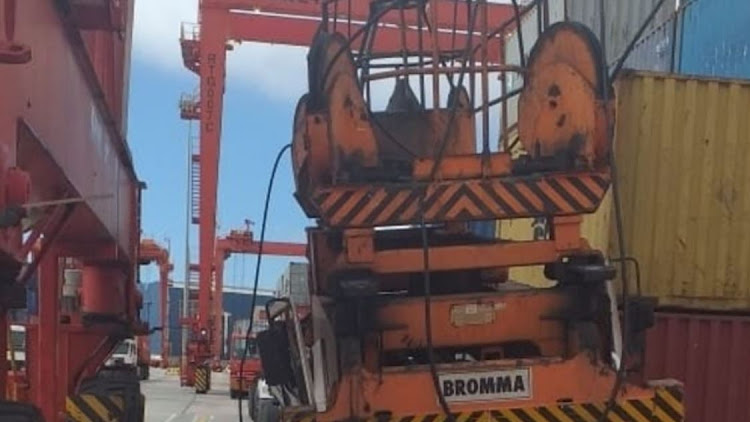 The aftermath of the March 2021 incident in which a container gantry fell on a truck driver's cab, crushing him to death.
Image: Twitter/1SecondAlerts

The investigation revealed that the operator of the rubber-tyred gantry reported an unusual sound from the brakes on the day of the incident.

A maintenance worker recorded the sound and played it to his supervisor, who said the machine should be stopped immediately.

“The responsible equipment co-ordinator was called to stop the machine [but] did not timeously convey the instruction to ... the operator,” said Gordhan.

“The hoist brake shoe was loose and eventually dislodged as the operator was positioning the equipment. The spreader lowered by itself, resulting in the braking system not responding.

“This resulted in the spreader falling on the truck cabin positioned under the crane waiting to be loaded.

“The operator panicked and attempted to warn the driver by continuously hooting, however the driver did not hear the warning.”

A truck driver had his legs amputated by a trauma surgeon after efforts to extract him from the wreckage of a crash on the East Rand using hydraulic ...
News
1 year ago

In an earlier answer about the incident, Gordhan told Cachalia that all rubber-tyred gantries at the container terminal were immediately stopped after the incident for brake inspections to be done.

Risk assessment and standard operating procedures were updated in response to the incident, and Transnet “further intensified the quality controls in the procurement of safety-critical equipment parts”.