Viral video could lead to violence against foreigners, SAHRC says 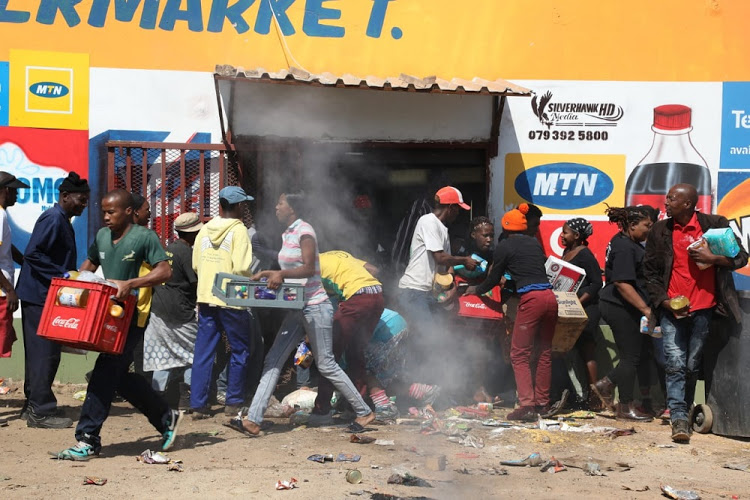 A foreign-owned spaza shop in Soweto, which was looted on August 29 2018. The SA Human Rights Commission said it was disappointed to see a xenophobic video, circulating on social media, of a person stating that foreigners will not be allowed to open or run their spaza shop businesses in Soweto.
Image: Thulani Mbele

The SA Human Rights Commission has called on law enforcement agencies to deal decisively with people spreading a message inciting harm against foreigners.

The commission on Friday expressed disappointment at a xenophobic video circulating on social media of a person stating that foreigners will not be allowed to open or run spaza shops in Soweto.

The monologue delivered in the video is filled with veiled threats against foreigners.

Scenes of looting and forceful evictions of families accused of living in drug dens played out on Wednesday in Soweto, where foreign-owned spaza ...
News
1 year ago

The commission said the message speaks of peace which has existed between South Africans and foreign-owned businesses in the township. It threatens that this peace will no longer exist if foreigners reopen their businesses after the unrest and looting at the beginning of July.

The commission said it was concerned that the video could constitute incitement to cause harm against foreigners, their property and their businesses, especially in Soweto, which could in turn spill over to other communities.

“In order to prevent this from happening, the commission calls on law enforcement agencies to deal decisively with people and incidents such as this.

“It also appeals to all communities to reject and not to listen to those who want to continue to paint a bad name for SA and make it look like a country that is intolerant of diversity.”

The commission said blaming non-nationals for all crime, including the high levels of crime committed by South Africans themselves, was a clear sign of xenophobia and discrimination against people because of their nationalities.