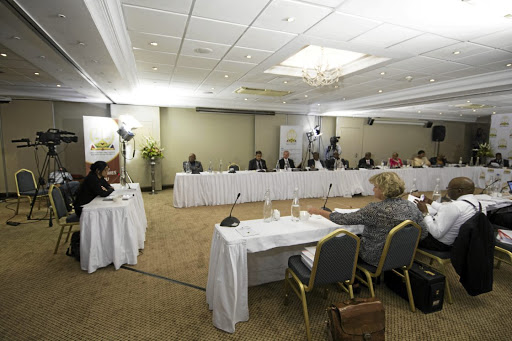 The decision by the Judicial Service Commission (JSC) to recommend five judges for two appointments on the Constitutional Court has been officially set aside by a Gauteng high court order on Wednesday.

In terms of a settlement agreement between the JSC and the  Council for the Advancement of the South African Constitution (Casac), which had launched a court challenge to what it described as the “politicisation” of the April interviews, fresh interviews for the vacancies will take place in October this year.

“The commission is directed to conduct fresh interviews of candidates who make themselves available for such interviews, provided that such candidates shall be limited to the list consisting of the third to tenth respondents,’ the order, signed by Judges Frans Legodi, Margaret Victor and Natvarlal Ranchod, states.

Durban high court judge Dhaya Pillay has not made herself available to be reinterviewed.

The Judicial Service Commission is set to interview more than 70 shortlisted candidates for a number of positions in the country's various courts, ...
News
5 months ago

News of the pending settlement was made known last week when the JSC put out its list of candidates to be interviewed for various judicial positions at its forthcoming session in October, including the seven for the apex court.

In its court challenge, Casac accused the JSC of political point scoring, particularly during the interview of Pillay, who was called out for her friendship with minister Pravin Gordhan, and Unterhalter, who was asked pointed questions about his religion and his ties with the Jewish Board of Deputies.

After the JSC produced its record of deliberations, Casac filed a further affidavit saying it proved that there were no real deliberations and that chief justice Moegong Moegeng had named his favourite five and most of the commissioners had gone along with it.

The JSC has been ordered to pay Casac’s costs.

In a media statement, Casac said at the hearing before the full court it has argued that while the order was imperfect and did not satisfy all of its claims, it was nevertheless just and equitable.

Without the settlement, the case would drag on for some time and the ConCourt would be plunged into crisis as there would be five vacancies from October this year.

“Casac believed it was in the public interest for the matter to be settled so that fresh interviews could proceed expeditiously and existing vacancies filled through a proper and lawful process.”

Counsel for the JSC said it did not concede that the complaints were valid or that the interviews were unlawful, but assured the court that it was aware of its constitutional obligations.