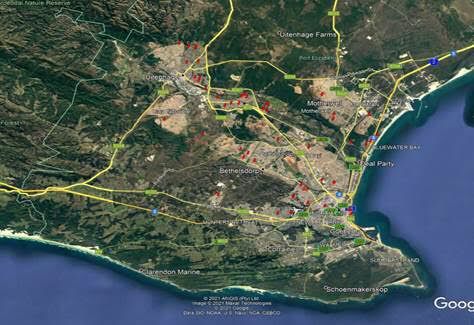 TROUBLING SPREAD: The Nelson Mandela Bay municipality on Friday cautioned residents and pet owners to be extremely vigilant, as canine rabies has flared up in the city
Image: Supplied

A nine-year-old boy from Motherwell has died after becoming infected with canine rabies.

The Nelson Mandela Bay municipality has cautioned residents and pet owners to be extremely vigilant following an outbreak of the potentially fatal virus which has been spreading across the city.

Acting mayor Luxolo Namette sent his condolences to the family of the child, who died at Dora Nginza Hospital on Thursday.

The boy had been bitten by a dog.

“We have learnt with sadness of the passing of a nine-year-old from Motherwell, who died due to rabies,” Namette said.

“We would like to send our condolences to the family.

“Their loss cuts deeps as we do not ever expect our children to leave us when they are so young.

“We are with the family in prayer,” he said.

Two cases of rabies have been picked up in the East London area by the Nahoon Bird and Animal Clinic which urged the public to be on the ...
News
1 year ago

The municipality received a notification of an outbreak of the virus at the end of August from the department of agriculture, after 61 rabies specimens submitted for testing came back positive.

“It is the contact between the domestic and wild animals that result in the spread of the infection to domestic animals and subsequently to humans,” Nodwele said.

He said rabies was a disease caused by a virus called the Rhabdovirus.

It is one of the so-called Neglected Tropical Diseases (NTDs) that predominantly affect human populations from animal bites through saliva, as well as scratches or the handling of infected animals.

Working with the department of agriculture, the city has vaccinated 5,254 dogs and 438 cats in an effort to curb the virus.

“The vaccination and community education programme is ongoing, and the public health directorate is now conducting health awareness to community members.”

The incubation period for rabies is typically two to three months, but may vary from as little as one week to a year.

Initial symptoms of rabies include a fever with pain and an unusual or unexplained tingling, pricking or burning sensation at the wound site.

As the virus spreads through the body to the central nervous system, progressive and fatal inflammation of the brain and spinal cord develops.