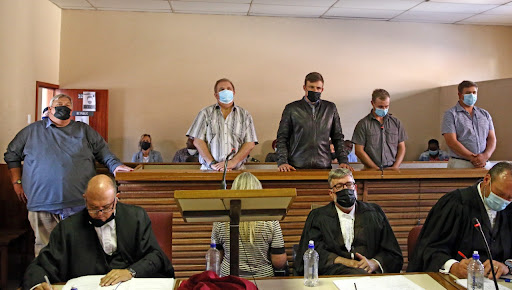 “I feel failed by the court. This sentence is not fair at all.” These were the words of a mother after five farmers convicted of an assault that put her son in hospital - where he later died - escaped prison sentences.

Ruth Qokotha wept as she talked about the loss of her son, Samuel Tjixa. He and fellow farmworker Simon Jubeba died after the assault in Parys, Free State, in 2016.

"I feel so helpless because I don't have money to pay lawyers who can fight this unfair sentence," she said outside the town's magistrates' court, where the Free State High Court tried the farmers. 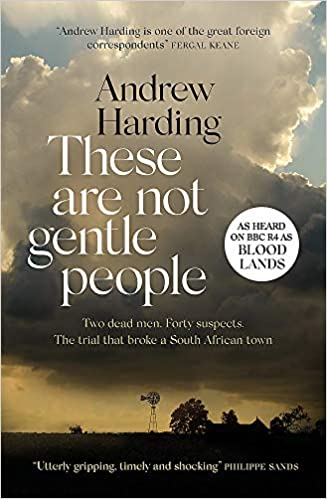 The 2016 attack on Samuel Tjixa and Simon Jubeba in Parys is the subject of the book 'These Are Not Gentle People' by BBC Africa correspondent Andrew Harding.
Image: Amazon

Three of the five were handed three-year suspended sentences by Judge Corne van Zyl on Friday. The others were sentenced to 15 months of correctional supervision plus 160 hours of community service.

The men were convicted of assault and assault with intent to cause grievous bodily harm over an attack on Tjixa and Jubeba, whom they accused of attacking their then-employer, Loedie van der Westhuizen.

Cornelius Loggenberg, Lodewikus van der Westhuizen and Gert van Vuuren were given suspended sentences after Van Zyl said they were young at the time of the assault, acted out of character, were first-time offenders and showed remorse.

Loggenberg was 18 at the time of the assault, Van der Westhuizen  17 and Van Vuuren in his early 20s.

The older farmers, Gert van der Westhuizen and Anton Loggenberg, were sentenced to correctional supervision and Van der Westhuizen was ordered to pay R20,000 compensation to each of the families in accordance with an offer he made during pre-sentencing arguments.

“The two should have controlled their emotions better like other farmers at the scene. They should have set up an example for their children and son-in-law,” Van Zyl said.

Van Zyl said she would not declare the five unfit to possess firearms. "The situation in SA with farm attacks would not allow them to be without firearms," she said. 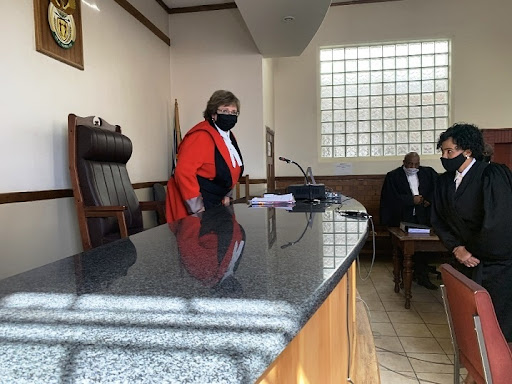 Sitting in the second row of the public gallery, the families of Tjixa and Jubeba had tears in their eyes as Van Zyl read her judgment. In the first row, the guilty men's relatives showed little emotion.

The farmers' families said they were not ready to talk about the sentence. But Qokotha vented her fury.

“What kind of sentence is this? My son died due to their actions. He died from injuries he sustained during the attack," she said.

"This sentence is not fair at all because they will continue living their lives with their families as normal, while I struggle because of their actions.

“I really feel that the court has failed us. I honestly didn’t feel that they will be allowed to walk free like this.”

One of five Parys farmers awaiting sentencing in connection with the deaths of two farmworkers has offered R20,000 in compensation to each family.
News
2 weeks ago

Qokotha said she is still struggling to come to terms with her son's death. Her health had deteriorated and she needed medication for hypertension and heart disease that she said had been caused by heartache and stress.

“I don’t enjoy living at all. I’m always in and out of the hospital because of the brutal death of my son,” she said.

Qokotha said the family were battling to make ends meet after the death of their main breadwinner.

“What this court did is just adding salt to our injuries. First, they started by changing the charges to assault and not murder as it was. Now they are coming with their sentence that we don’t understand. These farmers should be serving time in jail, all of them, ” she said.

Jubeba's family said they were too distraught to talk. The prosecution said it intended to appeal against the sentence.