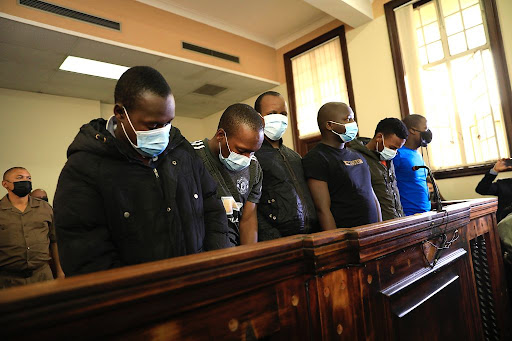 The bail hearing of the six men accused of the murder of Gauteng health department official Babita Deokaran has been postponed.

The men are accused of murdering Deokaran outside her home south of Johannesburg in August.

Deokaran had been instrumental in blowing the whistle on alleged corruption around the department’s procurement of Covid-19 personal protective equipment.

The accused’s lawyer, Shafique Sarlie, said technical difficulties with the court audio recording devices meant the case had to be postponed again.

“We were ready to proceed but the recording device was not working so it meant we had to postpone the matter. It’s a huge disappointment.”

He said the bail hearing had been postponed to November 2 and November 5.

National Prosecuting Authority spokesperson Phindi Mjonondwane told the Sowetan they were informed the recording machine was not working and recorded material cannot be stored in the server.

“The defence came with a suggestion that the court should use the old system of recording the proceedings in handwriting or allow the clerk of the court to burn the audio into a compact disc.

“As the state, we argued that going that route comes with a lot of technical glitches. We know that in criminal proceedings, minor technicalities may lead to the accused benefiting unduly. We have argued it would be a risky process to allow handwriting or utilise the disc.” ​