Disbelief, anger and horror from scientists, ocean lovers and activists 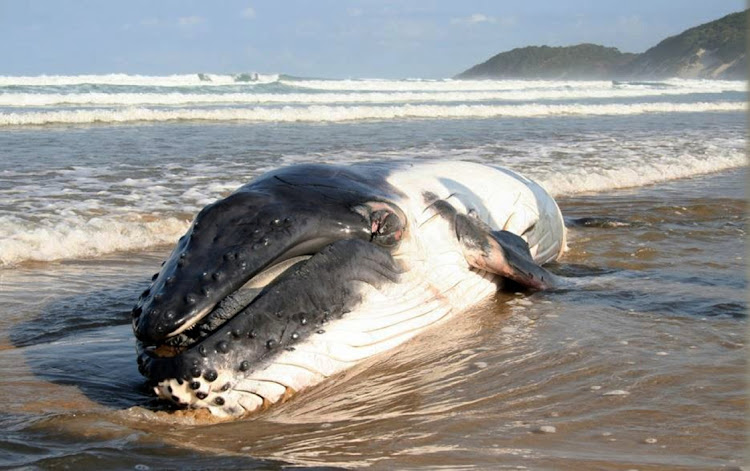 Big Oil has come to the Wild Coast.

Shell has announced it will start a seismic survey in search of oil or gas deposits from Morgan Bay to Port St Johns on December 1.

Activists, scientists and ocean users have reacted with horror.

They say the vessel operated by Shell Exploration and Production SA’s hirelings, Shearwater GeoServices, will, for five months, drag up to 48 air guns methodically through 6,011km² of ocean surface, firing huge sonic booms through 3km of water and 40km into the Earth’s crust below the seabed.

The ship will work around the clock, firing the air guns every 10 seconds.

In the process, marine life on the sensitive Wild Coast will be panicked and damaged.

Many sea creatures could die in the coming months — whales, dolphins, seals, penguins, sharks and even crabs and tiny shellfish will be blasted, opponents of the survey said.

DispatchLIVE tried to contact the Department of Minerals and Energy, which has been given all environmental impact authorisations for the survey, to establish the benefits of the initiative for the Wild Coast, the province and SA.

The mining exploration licences were issued in terms of Operation Phakisa, or Oceans Economy, during the presidency of Jacob Zuma.

No response was received from the department.

Giant waves, a glorious coastline and a treasure chest of historical detail and fantastic adventure are just some of the elements of a new maritime ...
Lifestyle
7 months ago

Provincial economic development and environmental affairs spokesperson Ncedo Lisani declined to speak and referred questions to national water and sanitation department, whose spokesperson, Sputnik Ratau, said: “We only work with water on land and not on sea and I don’t even know what you’re talking about.

“The Department of Agriculture, Forestry and Fisheries would be more suited to respond to your questions.”

Shell’s SA consultant, Eloise Costandius of Johannesburg-based SLR, said questions were sent to the oil giant, but that it would not be able to respond within the “time frame”.

East London Museum principal scientist Kevin Cole said he was deeply concerned about the effect of the survey on marine wildlife and ecosystems, saying there had been a number of whale strandings and die-offs in recent years which he suspected were due to noise and damage done by shipping.

Shell and BP refineries to resume operations after unrest shutdown

Shell and BP South African Petroleum Refineries (Sapref) is preparing to reopen following a temporary shutdown as a result of recent violent protests ...
News
10 months ago

Though it was difficult to prove that sonic explosions destroyed the delicate auditory systems which governed mammals’ communication, mating, feeding and pod behaviour, he said no research was being done on the effect of seismic blasting off the East Coast.

Durban filmmaker and Oceans not Oil founder Janet Solomon said the 28-member organisation had been launched after seismic blasting took place off the KwaZulu-Natal coast in 2016.

Strandings of marine life, especially whales, had suddenly risen during and after the survey, she said.

Solomon said her organisation was surprised that Shell was going ahead so quickly with the survey, saying the most recent communication it received from the company and it agents was about an environmental plan.

She said the air guns fired blasts of up to 220 decibels — similar to the deafening roar of a space rocket blasting off the Earth — and sparked marine mayhem.

In Solomon’s multiple-award-winning film, Becoming Visible, activists and researchers said it was cynical of the SA government to make green statements at the Paris Accord on reducing emissions, while back home the oil and gas industry was being given a free hand.

Activists in the film said it was untenable for the minerals and energy department to be referee and player in controlling environmental impacts and authorisations for mining.

They said strandings and reduced catches in the Western Cape and Namibia had resulted from seismic exploration.

The Wild Coast is a world-renowned beach holiday and coastal adventure destination, but it is also a region that has among the fewest jobs per capita ...
News
10 months ago

International activists questioned why Shell was promoting “nature-based solutions” publicly, but carrying on with damaging offshore oil and gas surveys on the sensitive Wild Coast.

“All the whales and dolphins, will f*** off. It [seismic blasting] has a dreadful, dreadful impact on the ocean.”

Jonginenge Eco-Adventure teacher Dean Knox criticised the lack of any observable benefit for SA society, saying the Wild Coast and its marine protected areas would be devastated.