‘My father is lying’, Angelique’s son says of dad’s denials

Boy, 8, insists in court that Carl Abrahams did threaten to break ex-wife’s neck and bury her 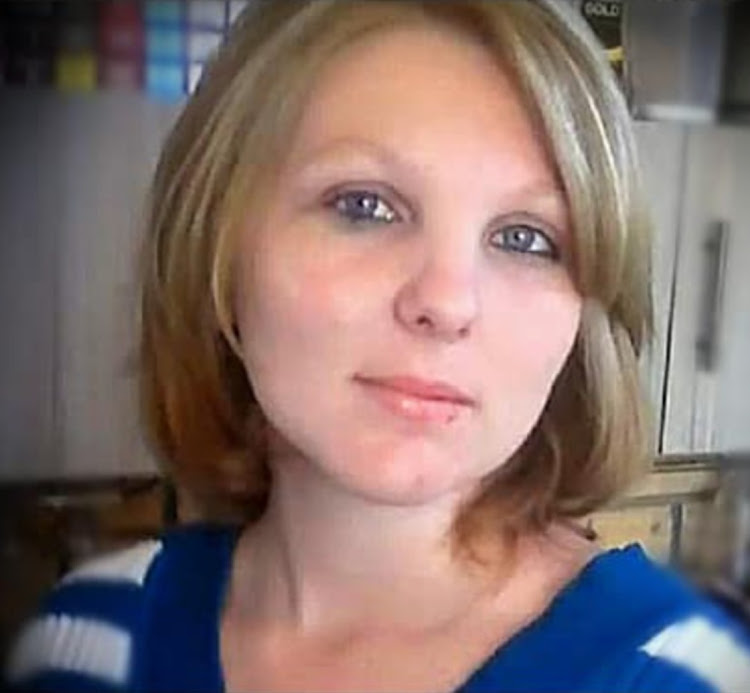 An eight-year-old boy, just six at the time of his mother’s death, has told an East London judge his father was lying when he denied promising to kill her.

The child was giving evidence on Tuesday against his father, Carl Abrahams, who is on trial for the murder of his estranged wife, Angelique Clarke-Abrahams.

It is the state’s case that the next day father and son took a taxi to Clarke-Abrahams’s house.

Last week, during supervised in-camera testimony with an intermediary, the boy told the court that on their way to his mother’s house his father had told him he was going to break her neck and bury her.

In court on Tuesday afternoon, Abrahams denied this. “I never said so.”

On Tuesday morning, the boy returned to testify after his chilling account of the alleged beating which led to his mother’s death on September 3 2019.

He told the court on Tuesday morning: “My dad is lying, he did say that.”

The court has heard Clarke-Abrahams died of strangulation.

Angelique died due to strangulation, not epileptic seizure, doctor says

A forensic expert strongly believes that Angelique Clarke-Abrahams died due strangulation, even though the physical marks on her neck had vanished ...
News
7 months ago

The state alleges that on August 29 2019, Abrahams choked and beat his wife in front of their son and left her covered in blankets.

In the witness box on Tuesday, Abrahams denied ever choking or strangling his wife.

He also told high court judge Michelle Beneke that he had not assaulted her.

“When we got to the door [of Angelique’s house], it was locked with a chain ... I used the chain to knock and Angelique came to open up.

“She opened and our son ran in. ... I asked if she was OK. She looked stressed out.

“She said she was tired and stressed because I had moved out and because of money issues and our marital issues.”

Abrahams said Angelique had had plans with their son during the day, but changed her mind because of the way she was feeling.

The East London high court on Tuesday heard how Angelique Clarke-Abrahams did everything in her power to leave her abusive husband Carl Abrahams, ...
News
7 months ago

Abrahams said he went to get a cold drink for himself in the kitchen, where their son was making food.

“I turned around and saw she [Angelique] was falling. It looked like she was having a fit,” he said.

He said he knew Angelique had epileptic fits.

During testimony last week, Angelique’s mother, Maria Clarke, said her daughter had had a history of anxiety seizures, not epilepsy.

In earlier evidence, Solomon Zondi, a forensic expert, ruled out an epileptic episode as the cause of death.

He said that, in his professional opinion, Angelique had died from strangulation.

Last week, the boy told the court he had seen his father’s hands choking his mother.

It has been two years since Angelique Clarke-Abrahams died after being badly beaten and raped, allegedly by her husband, and her family has not ...
News
8 months ago

On Tuesday, Abrahams said he had panicked when he saw Angelique falling and had walked over to her.

“I was worried about her. When I got to her she was on the floor.

“I pulled her neck up and lightly tapped her on the cheek to check if she was responding.

“I didn’t hear a response.

“I lifted her up, placed her on the couch and as I was lifting her I slipped and fell.

“She was not responsive for a minute or two and then she came back.

“She opened her eyes and asked me what happened,” Abrahams said.

“She asked me why I was there.”

Abrahams said his wife had asked him to help her to the bedroom.

“That is when I noticed she had urinated herself.

“As I was helping her it was a bit difficult because she was heavy, her pants partially slipped off.

“When we got to the room, she asked me to take her pants off because she was wet.”

Abrahams said he had lifted Angelique to the bed and covered her with a blanket.

The boy had testified that he had run out of the house in fear and told a man outside that his father was killing his mother.

The man asked Abrahams what was going on. Abrahams told the court: “I said to him there’s nothing going on and that our son was confused.”

“Is this what justice is? For him this bail of R2,000 is like a pat on the back.” These were the words of Maria Clark after the court granted the ...
News
2 years ago

After checking on Angelique, Abrahams said he was about to leave with their son when he heard the landlady screaming she was going to call the police.

Abrahams said he had taken the boy and gone to his uncle’s house in Southernwood, where he had a call from his mother saying the police wanted to speak to him about allegedly assaulting his wife.

Abrahams said he had received a number of missed calls and threats.

“I assumed it was about the allegations of assault,” he said.

During testimony last week, Aldridge Meek, a witness married to Clarke-Abrahams’s cousin, told the court he had received a voice call on Facebook Messenger from Abrahams on the day of the alleged assault, in which Abrahams had admitted to choking Angelique.