Cash van blown to bits in Rustenburg as bystanders loot 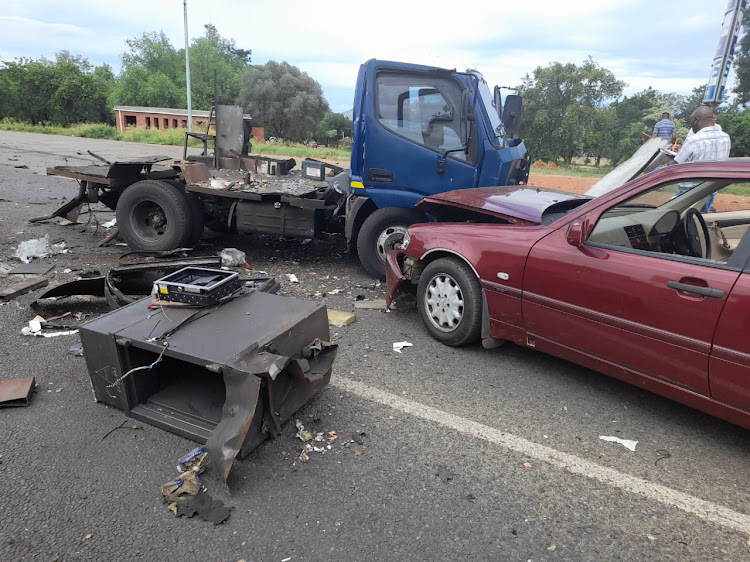 Police said the security guards were forced out of the van before it was blown up.
Image: Saps

North West police have launched a manhunt for a gang that bombed and robbed a G4S cash-in-transit van of an undisclosed amount of money near the Rustenburg Civic Centre on Sunday.

National police spokesperson Col Athlenda Mathe said the suspects allegedly used a stolen maroon Mercedes-Benz to ram into the truck, forcing it to a standstill.

“The security guards were then forced out of the van before it was blown up.

“Shots were fired between the suspects and the escort vehicle, but no-one sustained injuries. The suspects are believed to have fled in various vehicles, including a white Audi Q7,” she said.

In a video shared on social media, several bystanders can be seen picking up money.

Mathe urged community members not to participate in looting and interfere with crime scenes.

“When a robbery is committed, the area becomes a crime scene, and those looting at such crime scenes often contaminate the scene, which will constitute a crime of theft as well as defeating the ends of justice.”

Three cash van guards were injured when their vehicle was ambushed on the N1 in Pretoria on Friday.
News
2 weeks ago