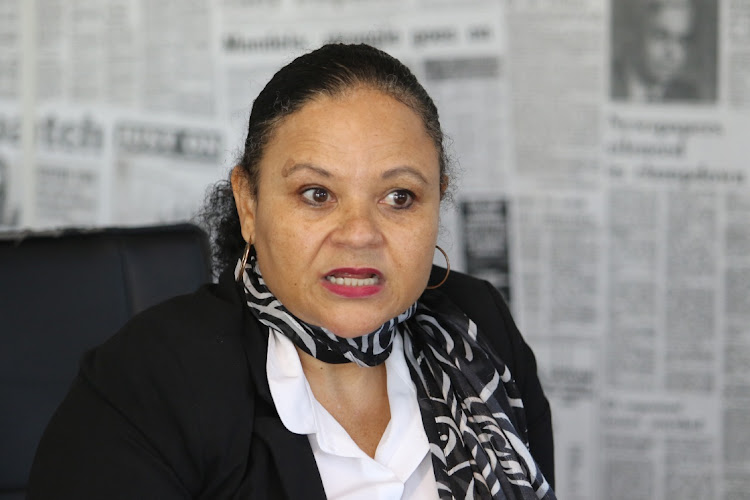 The Border Kei Chamber of Business is hoping to rally the support of the business community in the fast-growing campaign to halt plans for seismic blasting in the ocean off the Wild Coast.

To add voices to the growing outrage over Shell and the government’s plans to bombard the continental shelf with sound guns, BKCOB executive director Lizelle Maurice sent a copy of the objection letter she had written to ministers Gwede Mantashe and Barbara Creecy, to several other business chambers in SA.In the letter she asked for her associate chambers’ support in calling a halt to the project.

However, her expectations of univocal support hit a rude awakening with a short reply from Sid Peimer, executive director of the Cape Chamber of Commerce and Industry.

“Hi Lizelle, unfortunately with so many variables and this recent research [a copy of the research was attached], it will be difficult for us to find support.

All the best with the initiative. ”

The public barrage aimed at Shell as it rides in again to blast the Wild Coast oceans in its second search for gas has brought up a new ecological ...
News
1 week ago

Maurice said Peimer’s reply,citing the research, had resulted in “other chambers not bothering to respond after that”.

Peimer, a pharmacist, based his hands-off approach on an experiment in acoustic survey marine damage conducted by the US-based National Academy of Sciences (PNAS).

While Shell will hit the Wild Coast ocean floor at depths of 2km to 3km, the PNAS survey was conducted at a depth between only 50m and 65m off the coast of Western Australia.

The PNAS’s work was partially funded by Woodside Petroleum, an Australian petrol and gas company.It had recently purchased the BHP Group’s petroleum business, creating one of the world’stop 10 independent oil and gas producers .The deal was worth R448bn.

In a press release, the new company wrote: “The combined company will have a high margin oil portfolio, long life LNG [liquefied natural gas] assets and the financial resilience to help supply the energy needed for global growth and development over the energy transition . ”

In her letter to the chambers,Maurice wrote: “Dear [chamber member], Please find our letter of objection herewith.“I have sent it to the various ministries and the presidency’s office.

“I am sending it in case any of you would like to join force sand make our voice stronger.”

On November 9, Maurice wrote to energy minister Mantashe, with a copy to Creecy, expressing the Border Kei Chamber of Business’s shock at Mantashe’s approval in granting a company called Shearwater Geoservices Norway AS,a reconnaissance permit to explore the Wild Coast coastline for gas and oil reserves.

She said she believed this was required for the ultimate client,which would be Shell.

She wrote that among many objections to the exploration was the devastation that the“type of technology [air guns]that Shearwater will utilise to conduct its seismic surveying and the impact on the environment and the local economy”.

While the Eastern Cape’s Wild Coast residents fight Shell’s ocean blasting oil search, spare a thought for Capetonians. If Eskom has its way it will ...
News
1 week ago

Other points she made were that similar operations were banned in many countries, the negative impact on rural communities that rely on tourism and fishing, and total destruction of the marine food chain in the area.

Border Kei’s other major concern was paucity of stakeholder engagement, limited mainly to parties outside the region.

She wrote: “We further request the department of environment, forestry & fisheries to intervene in this matter and to apply the precautionary principle as reflected in the National Environmental Management Act and to insist that the survey company considers alternative technologies which are not as invasive as air guns.

“This process needs to be transparent and open to all parties. Australia and the US have stopped this type of exploration in the past because of the negative impact, so our question is: Why did SA allow this process to be approved?”