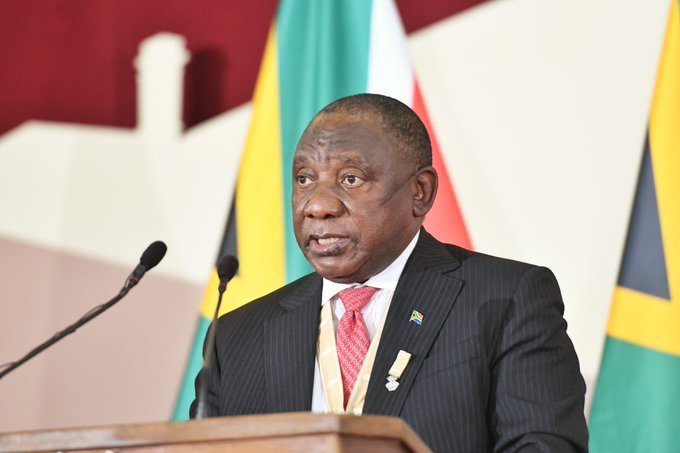 No new Covid-19 restrictions will be imposed but the government has set up a task team to explore the possibility of mandatory vaccines, President Cyril Ramaphosa said on Sunday.

“Government has set up a task team that will undertake broad consultations on making vaccination mandatory for specific activities and locations,” Ramaphosa said in an address to the nation.

“The task team will report to the interministerial committee on vaccination chaired by the deputy president, which will make recommendations to cabinet on a fair and sustainable approach to vaccine mandates.”

He said no further restrictions will be imposed because vaccines were available to use to curb the spread of the virus.

The country will remain on coronavirus alert level 1 for now. “In taking the decision not to impose further restrictions at this stage, we considered the fact that when we encountered previous waves of infection, vaccines were not widely available and far fewer people were vaccinated.”

But there has been an extremely sharp rise in Covid-19 infections with a fourth wave expected in the next few weeks.

Ramaphosa spoke at length about the new Omicron variant and its known and unknown factors and emphasised the importance of vaccinations.

“Vaccines do work and vaccines are saving lives,” said Ramaphosa, urging South Africans to persuade their unvaccinated friends and family to do so.

A higher vaccination rate would allow travel and the economy to grow, he said.

The ministerial advisory committee has suggested booster doses for the older population and those with immunodeficiencies, on the recommendation of doctors.

Ramaphosa said both a fourth wave and new variants were expected by scientists.

“The early detection of this variant ... Means that we are better equipped to respond to the variant,” said Ramaphosa.

He paid tribute to SA’s “world renowned and widely respected” scientists who identified it.

“We know now that Omicron has far more mutations than any previous variant ... [it] is readily detected by the Covid-19 tests ... we know that this variant is different from other circulating variants and that it is not directly related to the Delta or Beta variants. We know that the variant is responsible for most of the infections found in Gauteng ... and is now showing up in all other provinces in the country.”

But there were still other unknowns about the variant. As more data becomes available, there will be a better understanding on whether this variant causes more diseases and how effective the current vaccines are.

Ramaphosa's address came after the national coronavirus command council met on Saturday. The sharp rise in cases is believed to be driven by the newly identified B.1.1.529 Covid-19 variant, which was given the name Omicron by the World Health Organisation on Friday.

Shortly before his speech, the National Institute for Communicable Diseases on Sunday reported 2,858 new Covid-19 cases, with 18 hospital admissions in the past 24 hours.

Looming fourth wave no surprise but South Africa has all the tools to beat it, says Ramaphosa

President Cyril Ramaphosa on Sunday suggested that SA was equipped to deal with the Omicron Covid-19 variant which was first detected in Botswana and ...
News
6 months ago

The proportion of positive new cases/total new tested is 9.8% which is higher than Saturday's (9.2%). The seven-day average is 6.1%.