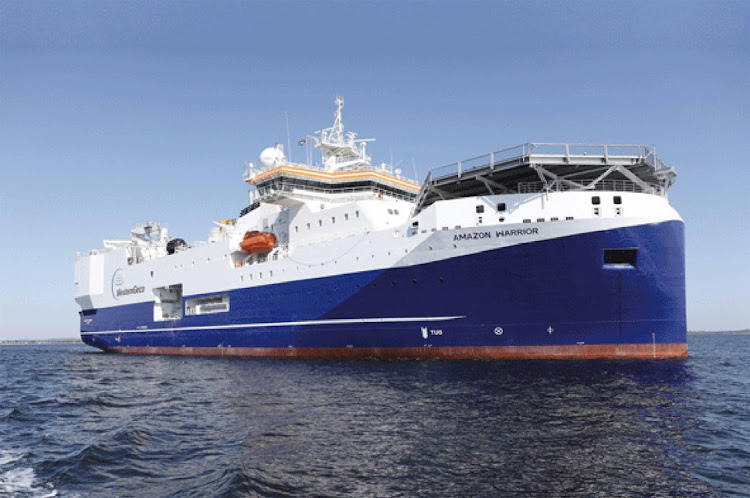 Shell faces an urgent interdict to stop it from seismic blasting on the ecologically sensitive and biodiverse Wild Coast.

No matter the outcome of the court case being heard in the high court at 2pm in Makhanda, it will reverberate round the world.

National and international outrage at the proposed seismic search for oil and gas peaked this week as Shell’s ship, Amazon Warrior made its way from Cape Town to Morgan Bay.

Lawyers for the four organisation’s, Cullinan & Associates, will argue that the court should stop the blasting with immediate effect.

East London schools joined the campaign to save the Wild Coast from seismic blasting on Monday. Separate clips of pupils from Selborne Primary, ...
News
5 months ago

The application is being brought both in the interest of the applicant organisations and in the public interest.

Shell and Impact Africa each own a 50% participation interest in the exploration right.

Thousands of South Africans will gather simultaneously in four major cities on Sunday to voice their objection to Shell's seismic testing off the ...
News
5 months ago

According to court papers, the seismic survey will have “very significant detrimental environmental impacts”.

It involves extremely loud underwater explosions or discharges (220 decibels) at intervals of 10 to 20 seconds for 24 hours a day for four to five months.

“The explosions or discharges are sufficiently strong to cause major disruption or damage to a large range of animals, including various fish species, marine mammals such as whales and dolphins, turtles, crustaceans and other creatures,” BDSAA president Tyrone Gower says in an affidavit.

“They are expected to kill the eggs of fish and squid that are carried southwards by the Mozambique current through the intended survey area.”

The area includes the ecologically sensitive stretch of ocean between Morgan Bay and Port St Johns.

The organisations only became aware of the planned survey activity in late October when SLR Consulting, acting on behalf of Shell, gave notice of the fossil fuel giant’s intention to start the 3D seismic survey today.

Counsel will today argue that the exploration right (ER) was awarded unlawfully in breach of the public’s rights.

It was also renewed twice since 2013 and it will be argued that both renewals were also unlawful and invalid.

The four organisations want the interdict to remain in place until the outcome of an application to set aside the ER and the renewals — which will likely be argued early next year.

It will be argued that Shell is required to undergo an environmental impact assessment before proceeding with such a potentially harmful practice.

Acting judge Avinash Govindjee ordered the respondents to file their notice to opposition and answering affidavits by 4pm yesterday.

DispatchLIVE has not seen the answering papers.