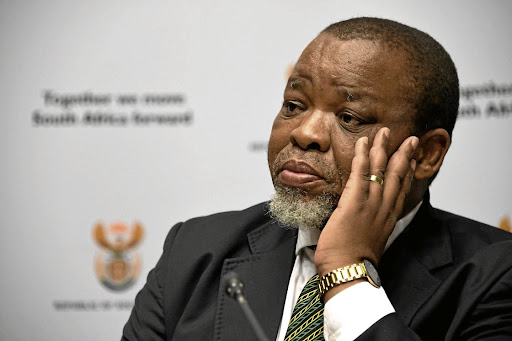 Mineral resources minister Gwede Mantashe was ignorant and gravely insulting when he accused communities along the Wild Coast who are challenging Shell’s seismic survey of “engaging in colonialism and apartheid of a special sort”, it was argued in the high court in Makhanda on Friday.

Advocate Tembeka Ngcukaitobi, SC, said it would have been pointless for his clients — who range from individual fisher folk to community organisations along the Wild Coast — to have embarked on an internal appeal to the minister as he had already “nailed his colours to the Shell mast”.

It was suggested in court papers that before resorting to court, the communities should have exhausted their internal remedies which included an internal appeal to Mantashe.

“He has been unequivocal that he supports Shell,” said Ngcukaitobi.

“The language he used was unfortunate. He accused the communities I represent of engaging in colonialism and apartheid of special sort, masquerading as environmental protection.”

Mineral resources minister Gwede Mantashe says opposition to Shell’s seismic survey off the Wild Coast is another "Nongqawuse moment" for the ...
News
6 months ago

He said this showed him to be totally ignorant of who his clients were or the basis of their concerns.

“To instead defend Shell — with its headquarters in England — is a grave insult.”

Ngcukaitobi argued that the consultation carried out by Shell before proceeding with its seismic surveying along the Wild Coast was a farcical sham and had deliberately excluded communities and individuals that relied on the coastline for sustenance and income.

They had also failed to obtain an environmental authorisation in terms of environmental legislation and their seismic survey was therefore unlawful.

Advocate Olav Ronaasen for the minister is currently arguing and Advocate Adrian Friedman will argue the case for Shell.