Eskom in the clutches of 'internal and external criminals' 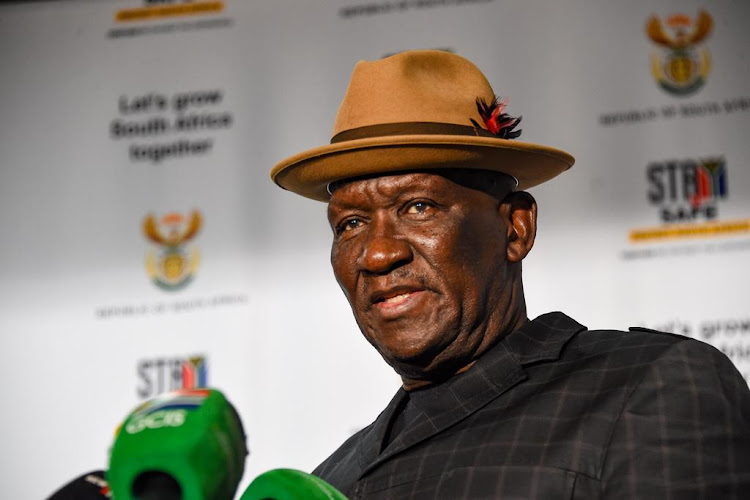 Eskom is experiencing such high crime levels that the lives of senior managers and their family members are threatened and they have to use bodyguards in public spaces.

In addition, some contractors are “exploiting and overcharging” the debt-ridden state-owned entity.

These are some of the observations made by cabinet ministers during a media briefing on the power crisis on Monday afternoon.

“You find that some general managers of these [power] stations, they move around with personal protectors ... their wives ... their children are taken to school by personal protectors. That starts from inside these [power stations] where the criminals from both the internal and external [environment], they collude to steal the whole tank of diesel, the whole tank of oil coming to [Eskom],” said Cele.

The stolen oil was earmarked for lubricating power producing machinery.

Criminal activities were so bad that employees looking for spare parts in storerooms would find nothing.

“All those spares of machines appear on the paper, but you will not find them at the storeroom but all the money is paid,” said Cele.

Police had partnered with general managers of the affected power stations to tackle criminal activities.

Cele said a middle manager and five other employees have been arrested so far.

“In the past financial year, there were 210 cases opened and 191 of those people were found guilty, some of them are doing between 10 and 15 years in prison.”

Gordhan said Eskom should get rid of contractors guilty of overcharging and exploitation, which would save “a fair amount of money”.​

“To ensure that local content measures complement and support the rapid rollout of new energy we have developed a flexibility framework for bid window 5. This flexibility framework covers solar PV [photovoltaic] panels specifically ... The first is a current requirement for a 100% localisation of PV solar panels. This will be reduced drastically to 35%.”

Meanwhile, economist Duma Gqubule said the reduction was a blow to jobs.

“This means in future there won't be local content in the production of PV solar panels and the renewable energy sector will not be creating a large number of jobs. We need a solution that will create many jobs and stabilise the power supply.”